Why Drawing is Important 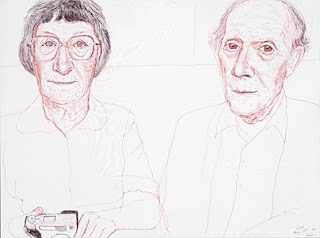 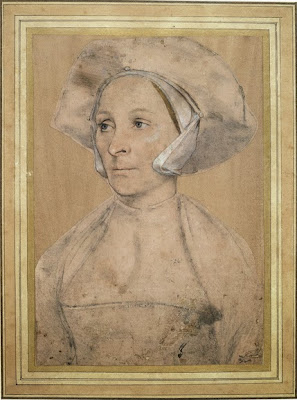 
Recently I was looking at a youtube interview with artist Steve Cox who was talking about the importance of drawing and the neglect of it in our art schools.  Any one who is interested in art should have a listen to what Steve says -

That some people in the art world think drawing is irrelevant could be linked to a number of reasons - the influence of technology, the reliance and overuse of words and the breaking down of barriers, all of which have encouraged the belief that you can now be a fine artist without being able to draw.

Forming an image from the seed of an idea is substantially different from manipulating an image that has already been created for you. Processes are important and they give meaning to the nature of achievement. Images that are made by machines should be separated from painting, drawing and printmaking because its processes have little in common with hand-made work. The differences between technologically produced art and fine art should remain that way.

The static forms of the machine-made image aren’t the same as the interior movement we find in hand-made art forms. Drawing is more about being able to create light and space more than it is about making marks or analysing objects, and it’s light and space that energise the marks.

Sometimes art exhibitions seem to place more importance on texts rather than the language and power of the visual work. It’s as if words are a substitute for drawing. Although the written word creates images within one’s mind, it’s not the same as creating something in the real world, and it’s drawing that frees an imagined image into our world.

Drawing extends thought within a material support, but in a way that makes it just as important as the idea. We even see the misuse of terminology such as fine art digital printmaking, or fine art photography, but a digital printout is closer to photography and collage than it is to printmaking, and photography is different to fine art altogether.

One of the most important characteristics of drawing is the sense of touch, something which is denied on a computer and a camera. Although you can determine the direction of marks on a screen, the touch of the mark is always determined by a machine – which is no touch at all.

We live in an age where the phrase breaking down barriers has influenced how people regard art practice. But barriers give meaning to actions and achievements and we need barriers to refect this. If a game was played without rules (barriers), then it would have little meaning. Drawing should be seen in a similar light, as the barrier between the fine art image and the manufactured image. Barriers have not been broken down as much as what we think, instead, there is a new containing barrier – a barrier that says if you don’t paint, draw or make prints, then you are a cutting edge contemporary artist.