Last Saturday, Peter Wegner and I were the judges for the 10th Anniversary of the Great Southern Portrait Prize at the Stockyard Gallery in Foster. The exhibition showcases portraits by local artists portraying members of the South Gippsland community. Peter and I walked around the exhibition taking notes, and when we conferred a short time later we found that our first and second choices were identical. Kim McDonald won it this year, which adds to her other two wins from previous years.

We both felt that technology is giving people permission to disregard the art of drawing, mistakingly thinking that fine art can be made by a machine, and therefore we thought that drawing would be one of the most important aspects that would determine the winner. There was a junior award section too, comprising work from Gippsland primary and secondary schools, and this section was by far the most difficult. Barry Jones opened the exhibition and I said a few words about the judging and the reasons we chose the prize winners.

The Prom Arts Council put us up at the Fish Creek Hotel, an Art Deco building which has undergone recent renovations. There was a meal at the home of Tony Walker and Susan Quinn, and what a pleasurable night it was too.

Kim McDonald also looks after three horses. I went for a casual ride on Magic, whom I rode the last time I was in South Gippsland. So all in all, it was a most enjoyable weekend. 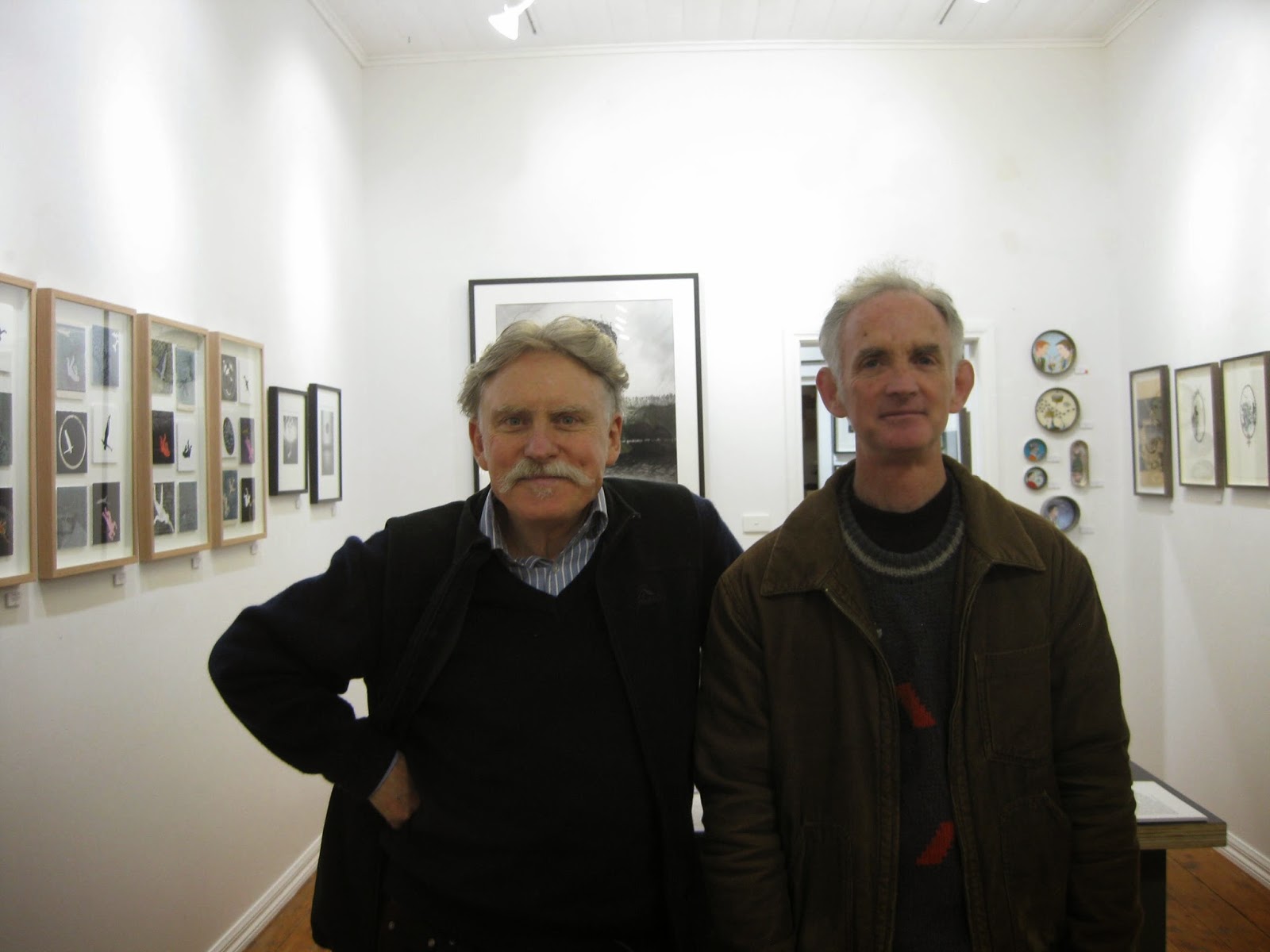 Peter Wegner and I. 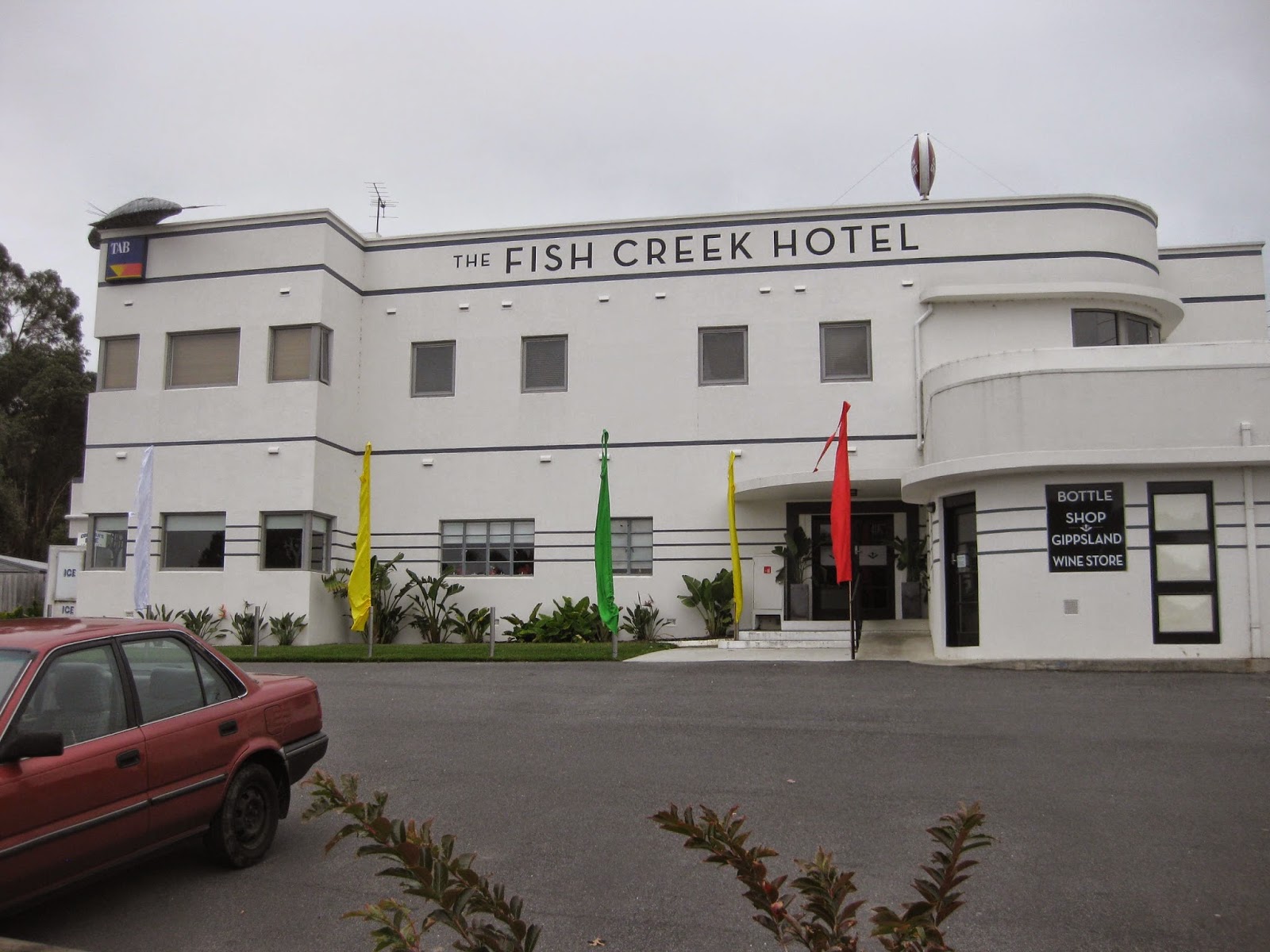 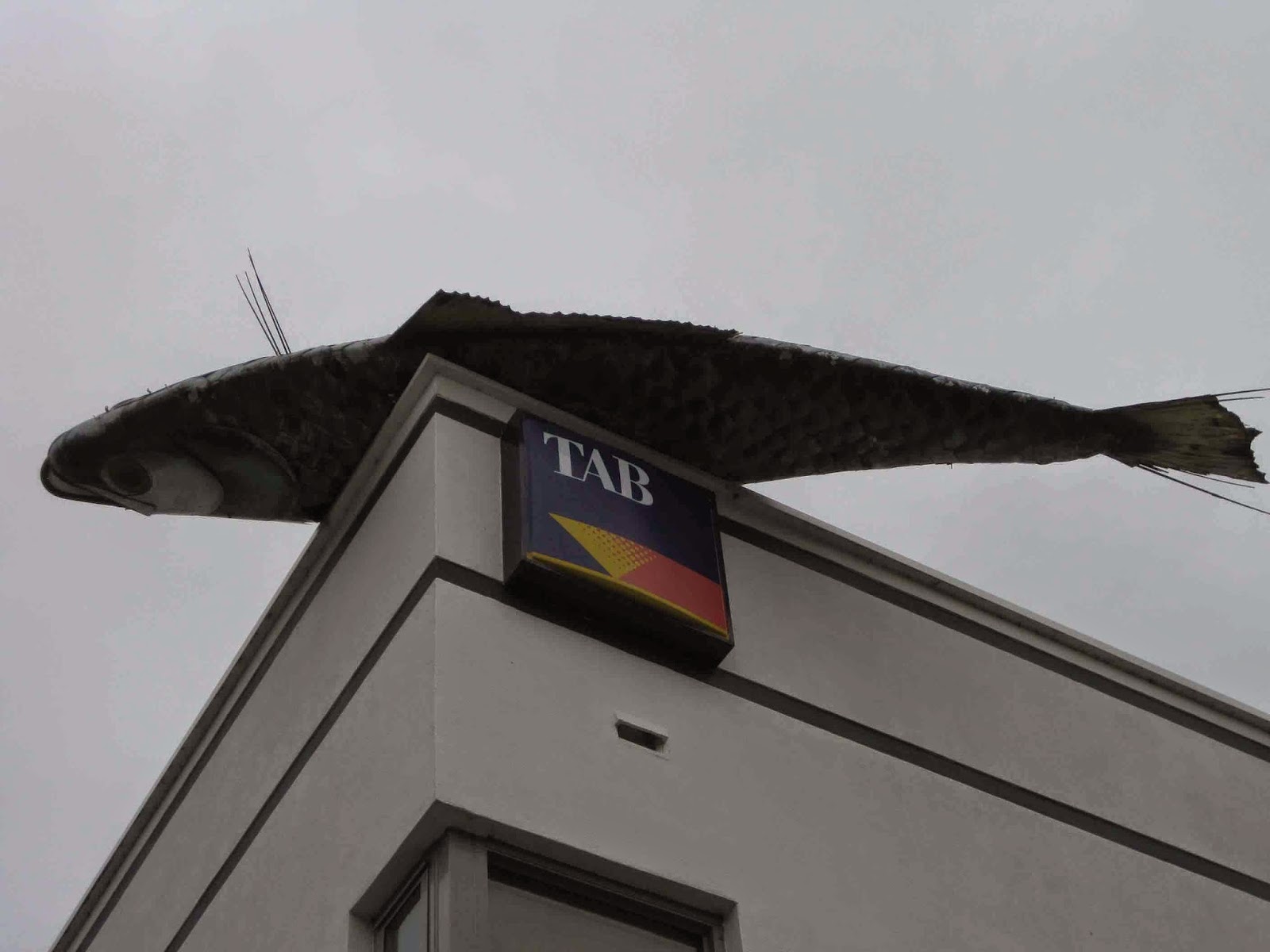 The huge fish sculpture on the hotel roof. 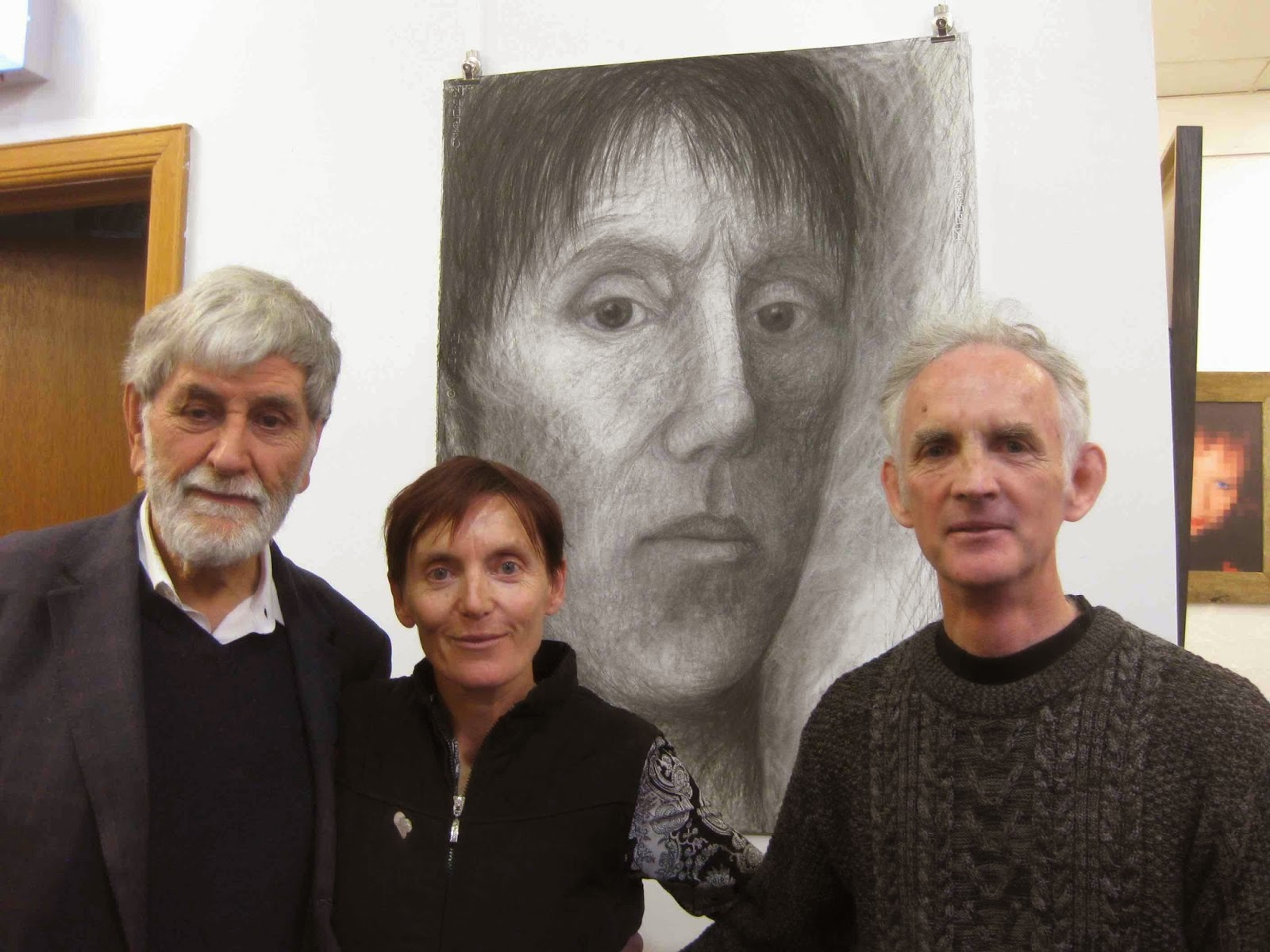 Barry Jones, Kim McDonald and me in front of Kim's winning work. 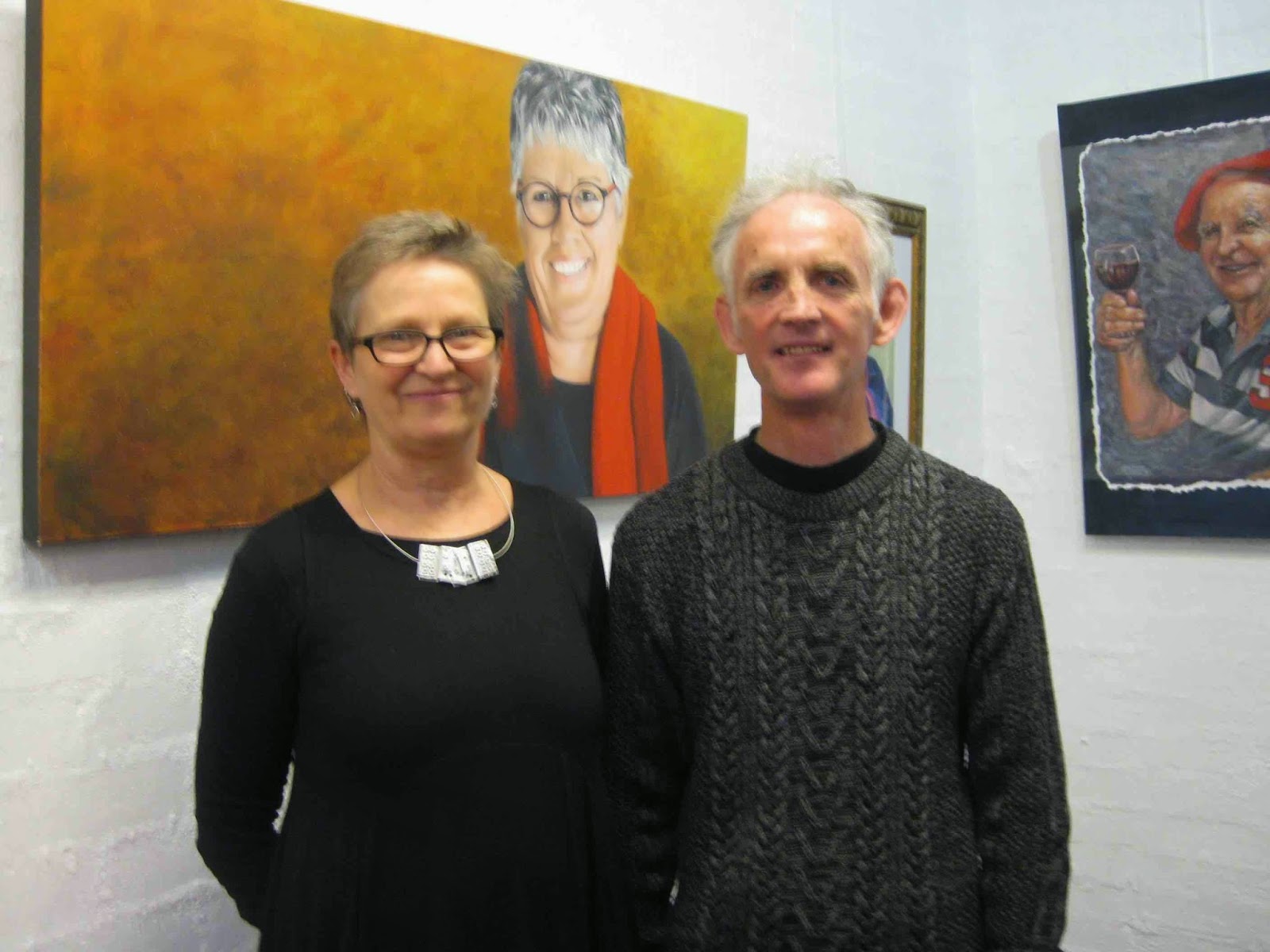 Kerry Spokes (artist and vice president of the Prom Arts Council) with me at the opening of the exhibition. 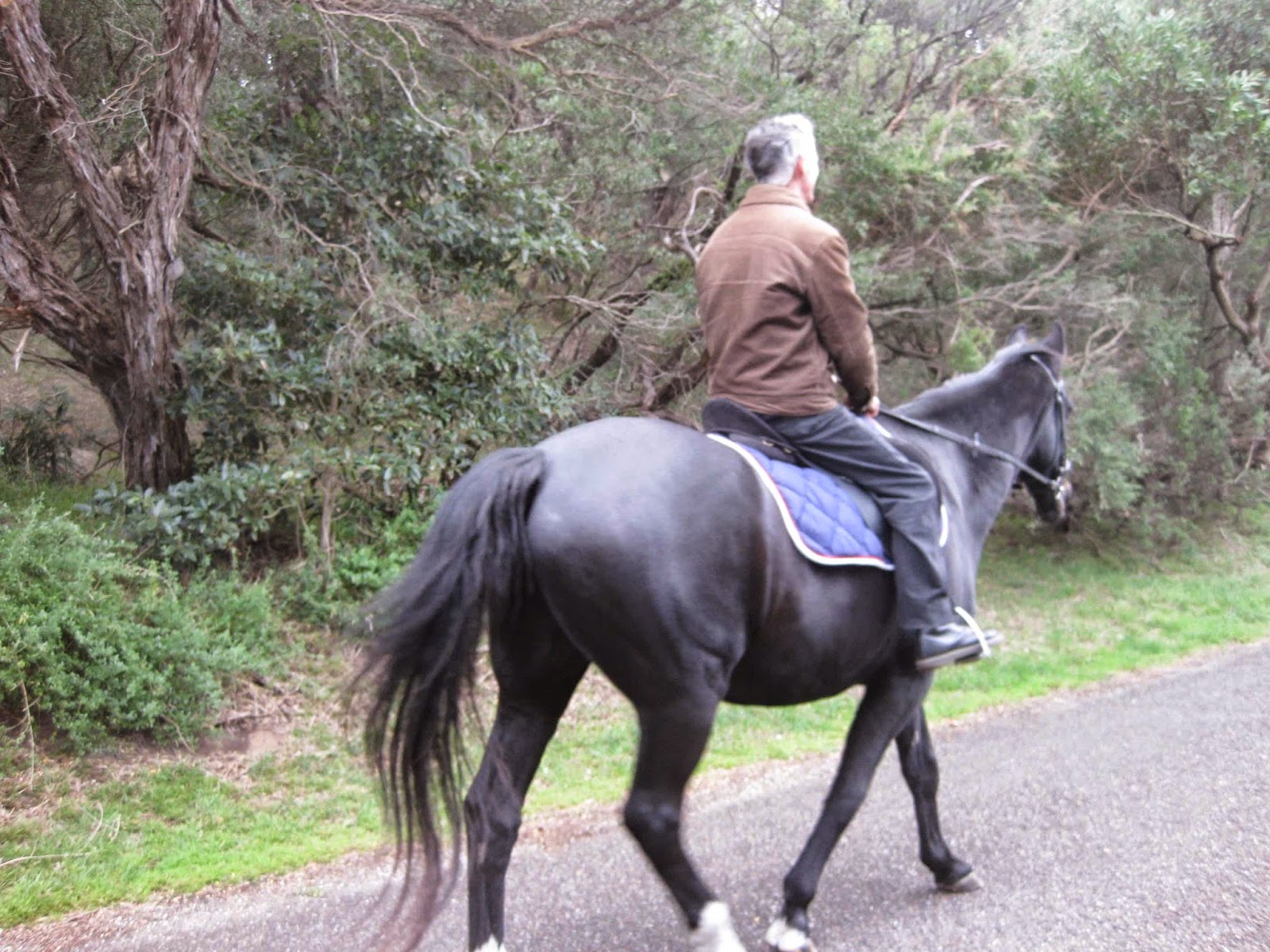 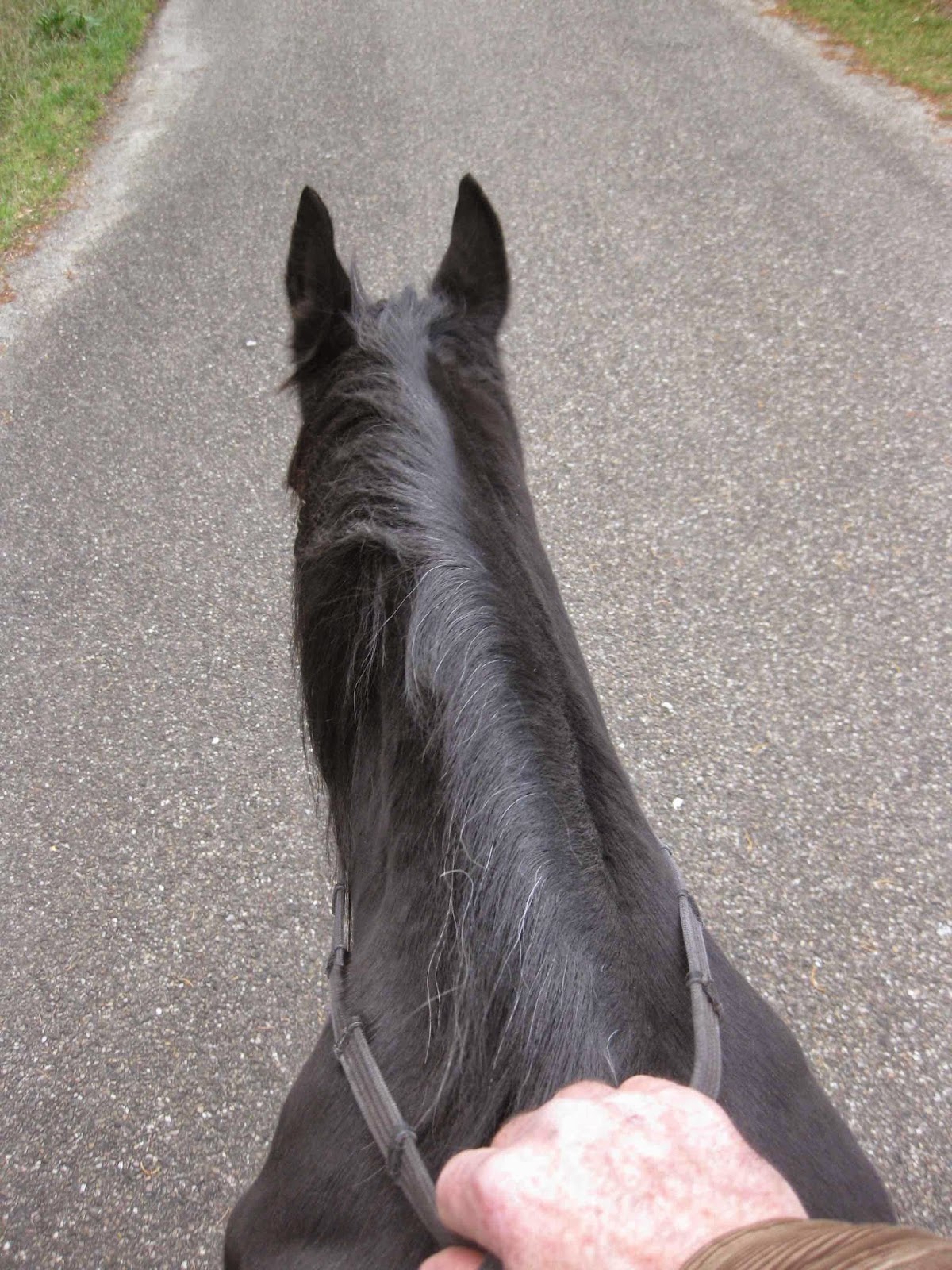 Taking Magic for a walk 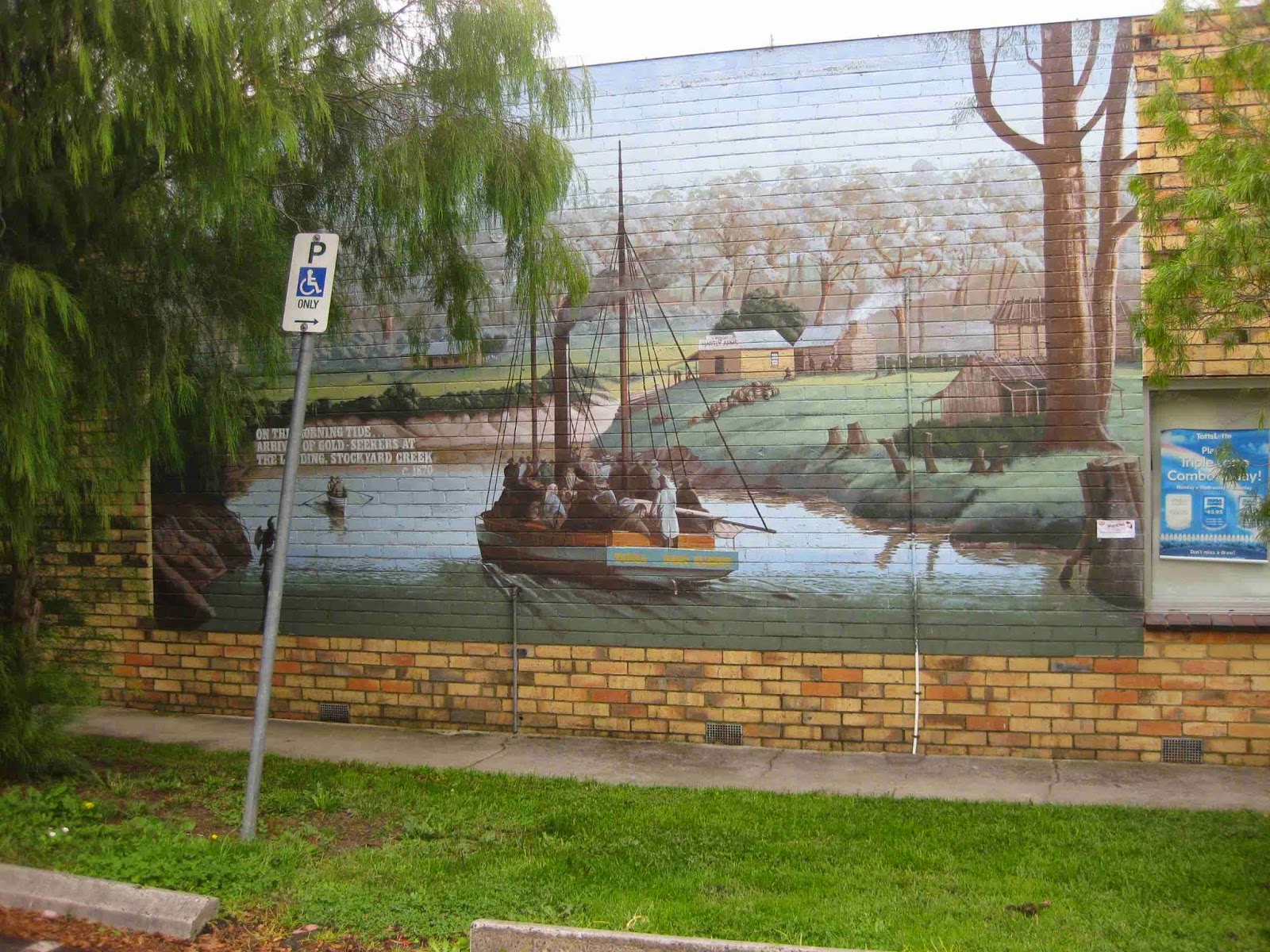 An interesting mural in the town of Foster 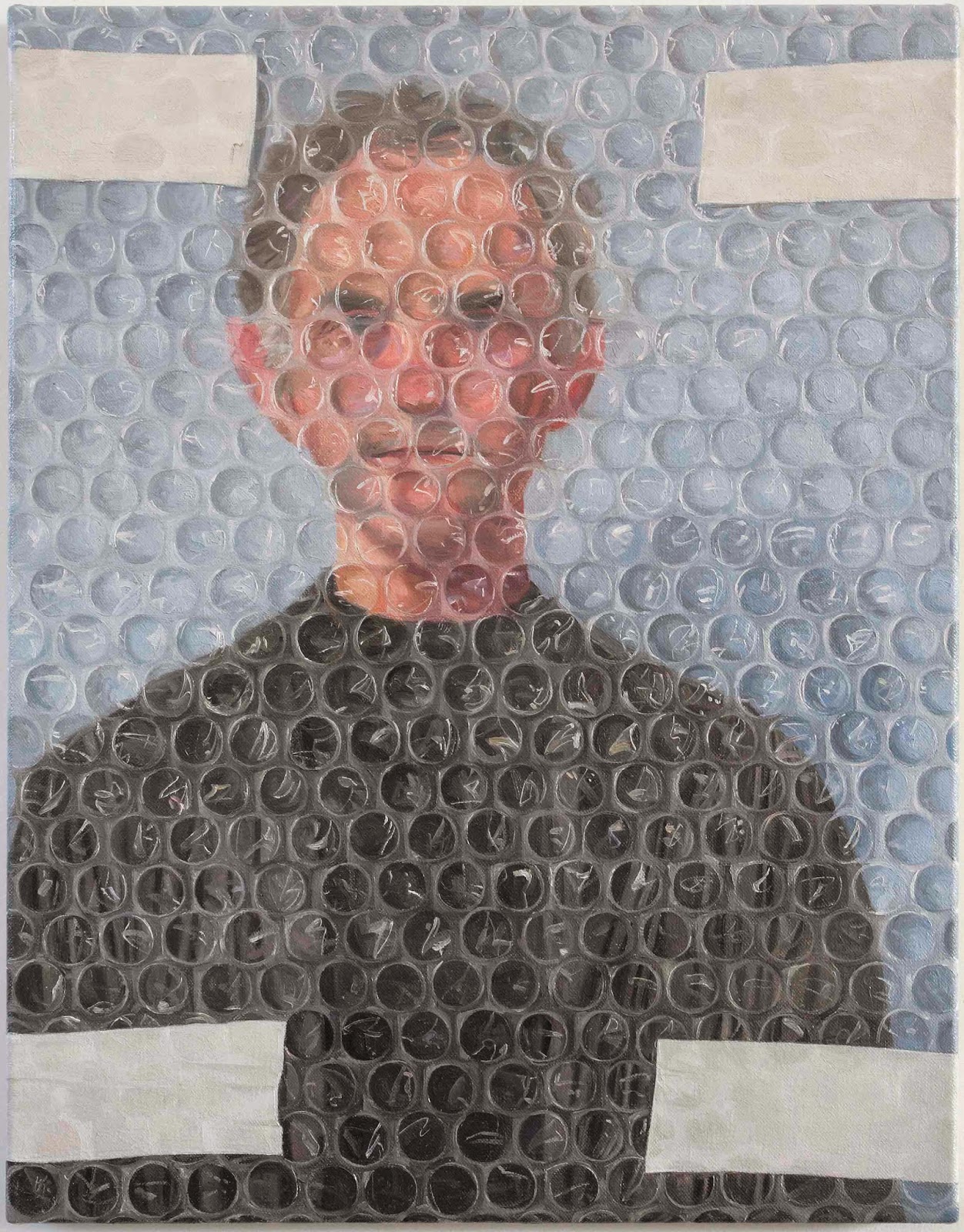 This self portrait is in an exhibition at the Charles Nodrum Gallery from 9 April - 2 May. The exhibition focuses on Mid-Century Modern Furniture Design and artwork from the period. Some contemporary artists are also presenting self portraits, so the exhibition will not only be diverse but will span many decades of art making.