Since the Melbourne Art Fair was cancelled this year, the City of Melbourne offered a number of galleries some of their own spaces to show artwork. It was a busy opening night and a showcase for the diversity of art made by a number of Melbourne and Sydney artists.

Through support from the City of Melbourne, nine leading art galleries from Melbourne and Sydney will join together to present the works of more than 40 artists in a former substation at 602 Little Bourke St between 17-21 August. 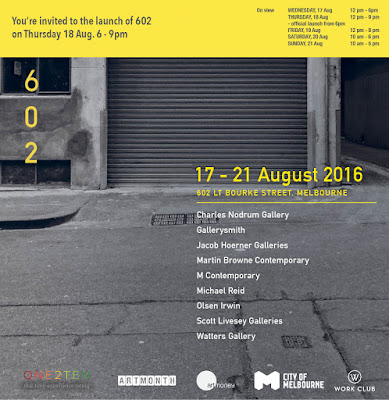 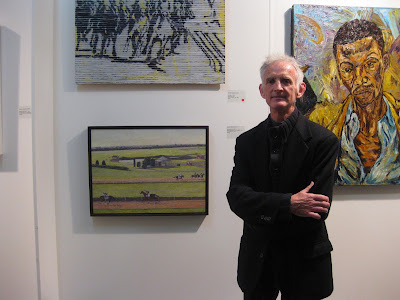 In front of my painting After Dawn at the Track 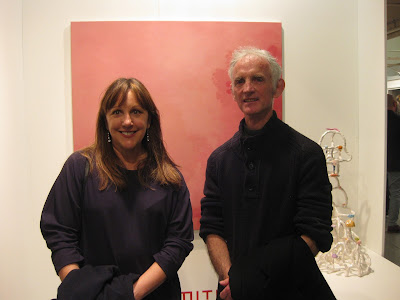 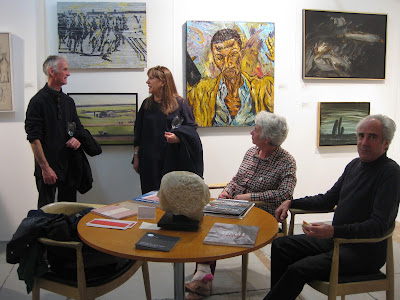 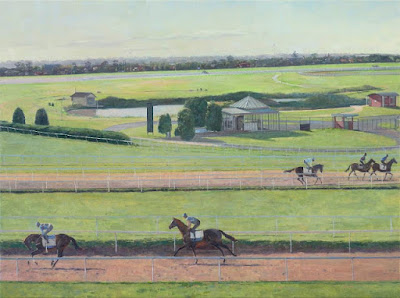