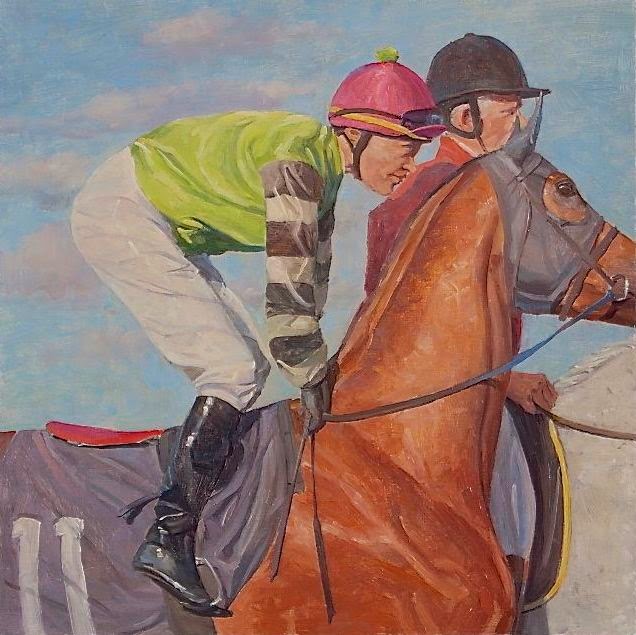 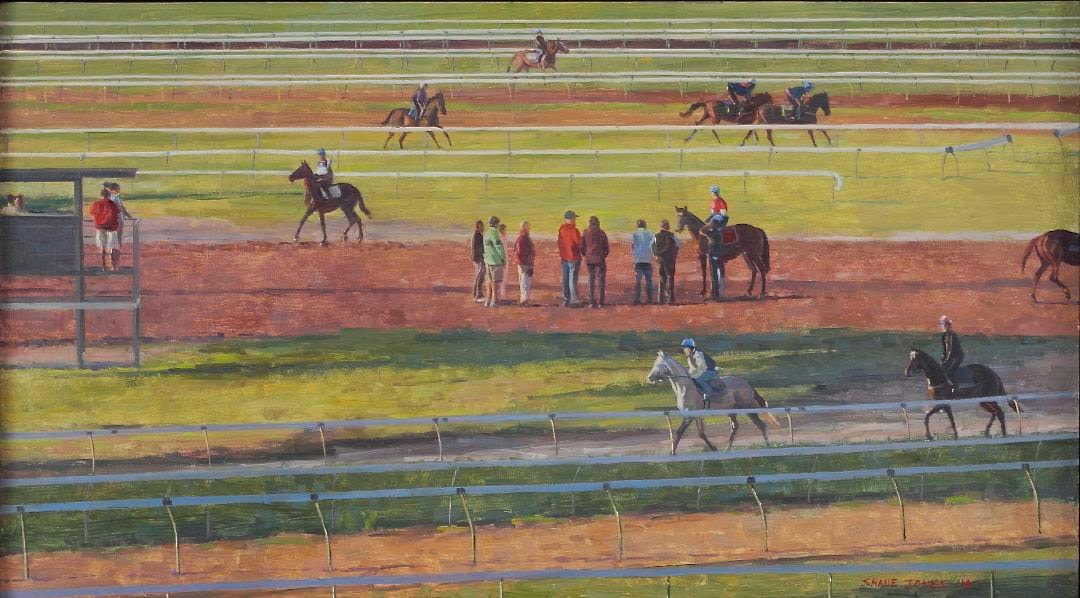 Here are two recent paintings I've had framed. It's not long to go until my exhibition at Charles Nodrum Gallery, from 16th Oct - 8th Nov. These are not large paintings as the dimensions confirm and the horses in the second painting are just a few centimetres square. I am always amazed at how tiny Degas' horses are and he rarely worked on a large scale when he made his racing pictures. Sometimes a small image invites you to go right up to it and take pleasure in the detail and perhaps there's a sense of intimacy on a small scale even though the subject matter is a bustling early morning at the track. 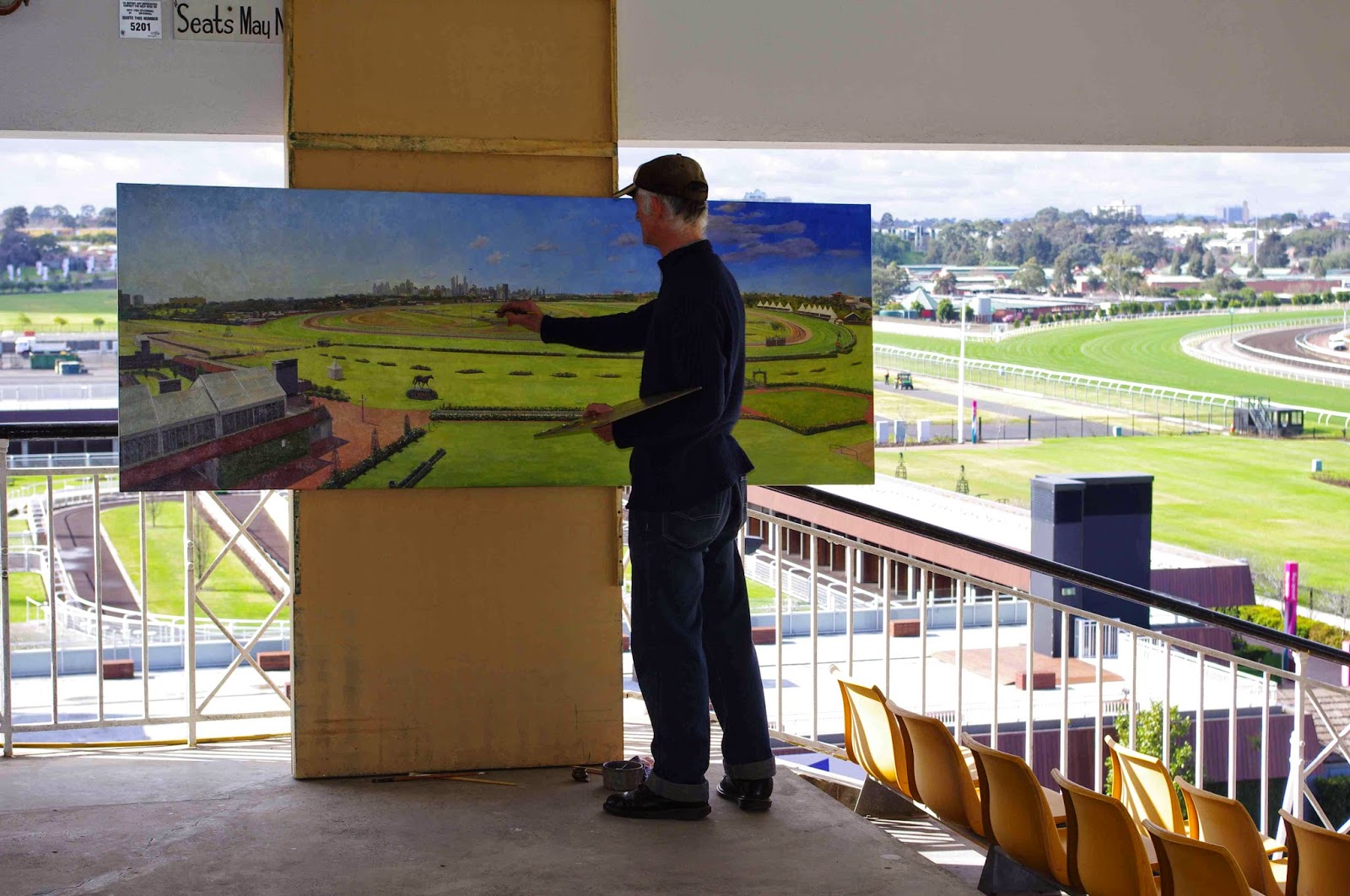 The painting I'm working on here, at Flemington racecourse, has been a work in progress since last August and is nearing completion. So far, it's taken 38 sittings and a number of weeks work in the studio. I had to build a crate to trailer the picture to the track because it was too large to fit in the car. I drilled holes along the face edge and made small pegs to fit them which allowed me to use the crate as an easel too. The length of time taken to make this painting means that all the seasons are in this single image. Flemington racecourse is an amazing sight on a sunny day, a work of art in its own right. It's such a pleasure to paint there.
Posted by Shane Jones at 12:26 AM 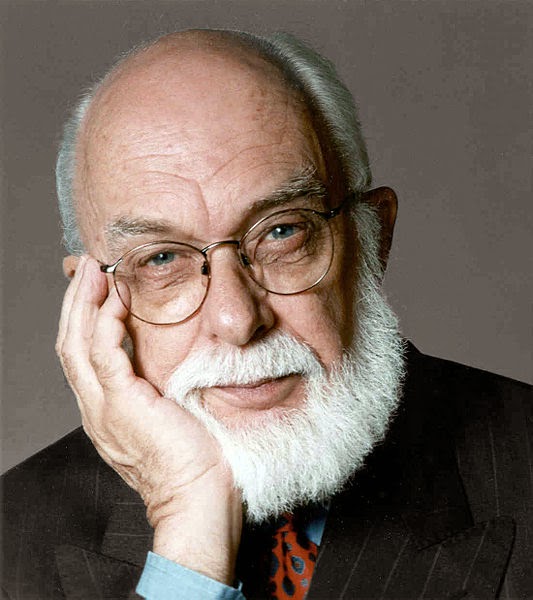 Deborah and I have been going to this year's Melbourne International Film Festival and some of the films we've seen have been excellent documentaries. An Honest Liar was one of the standouts which is based on the escapologist and magician James Randi. It documents segments of his life, both personal and professional, and perhaps what he's most famous for today - exposing people who claim to have psychic powers. He now sees his mission in life to show that no matter how educated and intelligent you are, you can always be fooled.

The James Randi Educational Foundation has offered $1,000,000 to anyone who can demonstrate they have paranormal abilities under test conditions but to date no-one has been awarded the money.

Randi is very much like his idol, Harry Houdini, who was also a magician, an escapologist and an exposer of fake spiritualists. Although Randi is in his eighties, he has a spirit that's both youthful and determined. His much younger partner, an artist, also features in a documentary that is colourful, informative and reveals a number of surprising facts.

Google his name and learn more about the amazing James Randi. 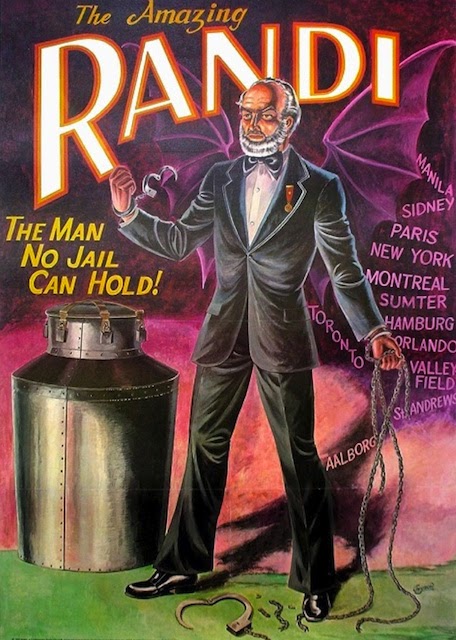