I've always loved still-life as a subject matter, and white is also a favourite colour of mine. Lacework is a challenge to paint, and this christening dress caught my eye as a perfect opportunity to explore all these aspects in a single painting. Here are some images of the work in progress. 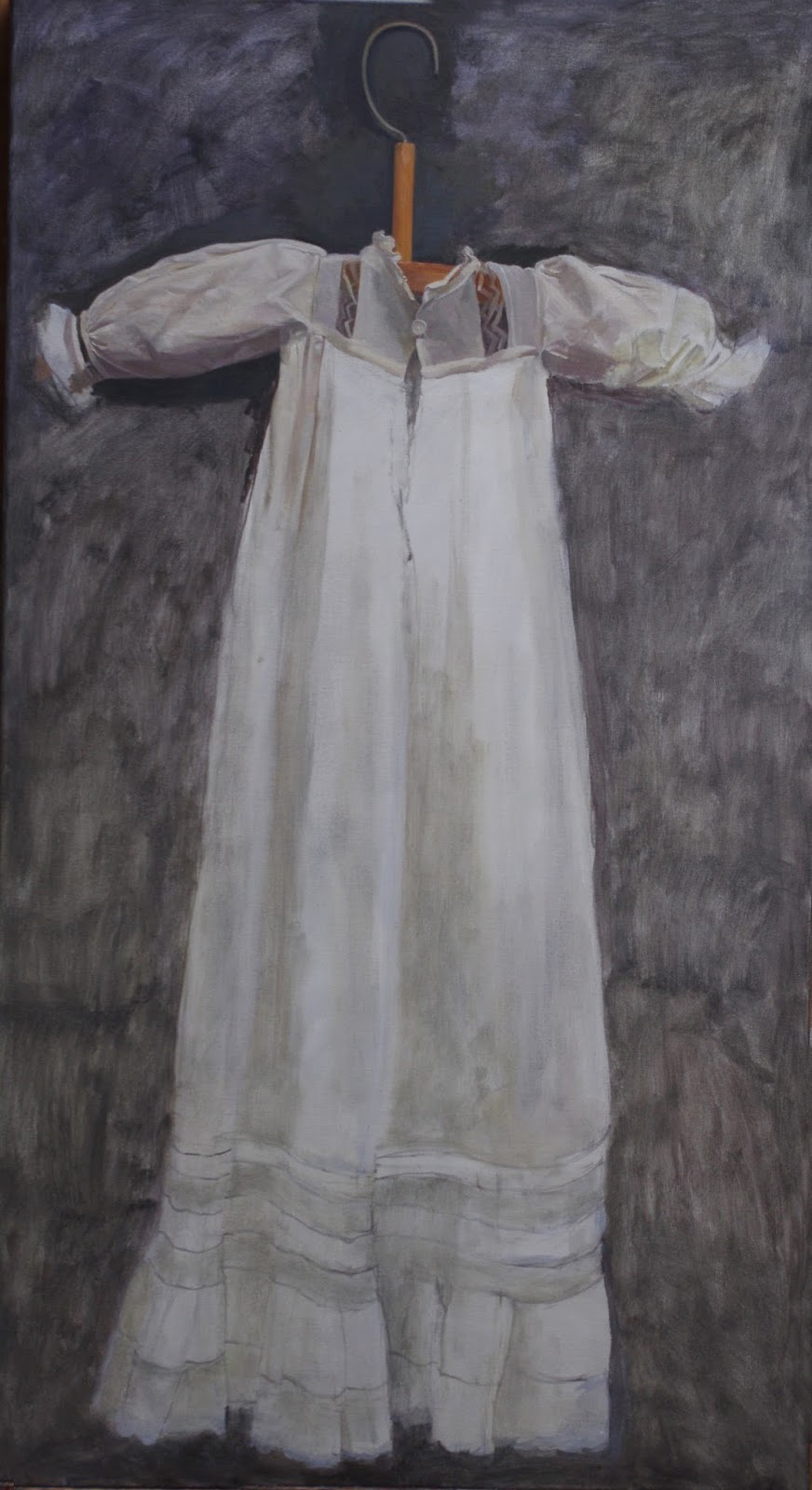 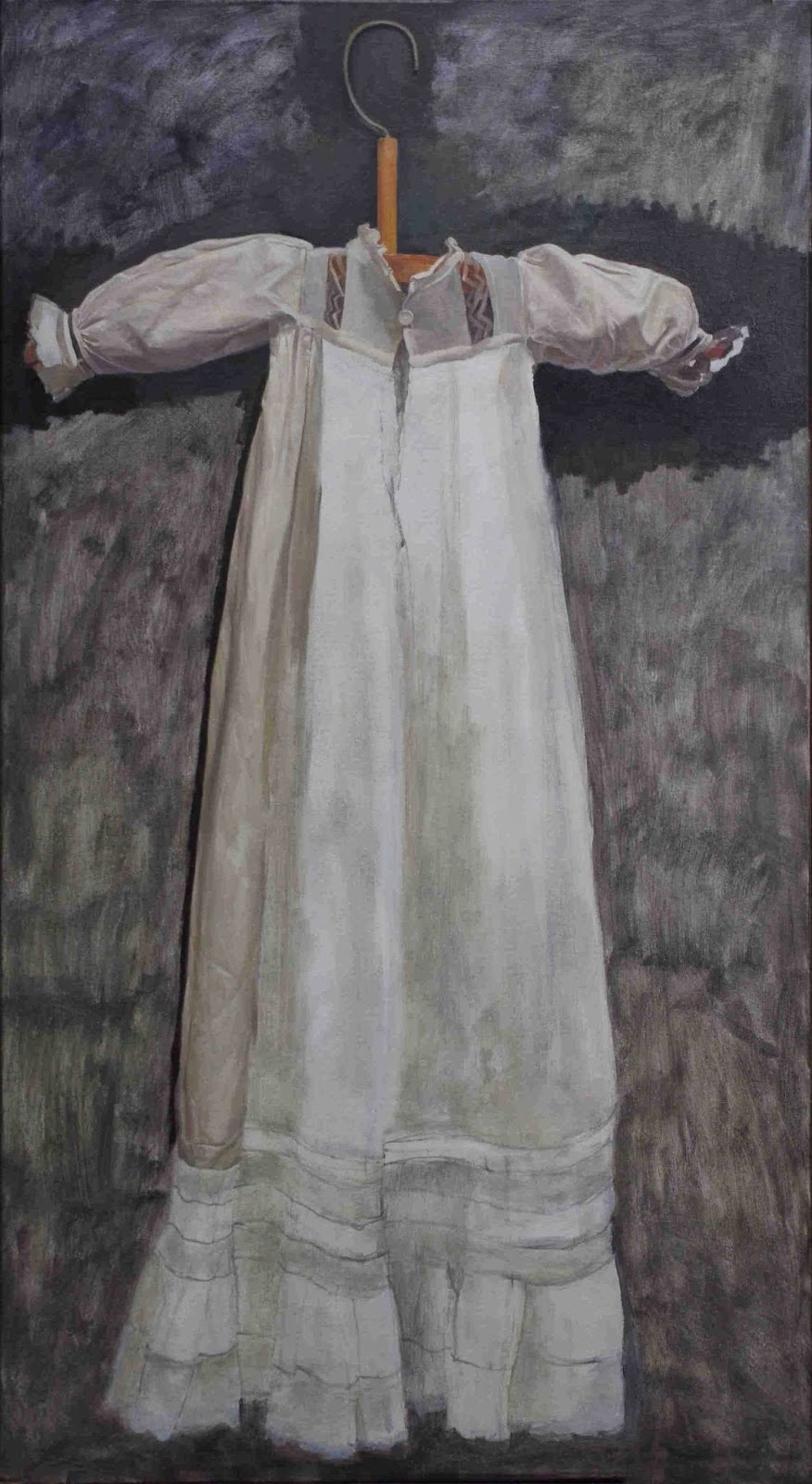 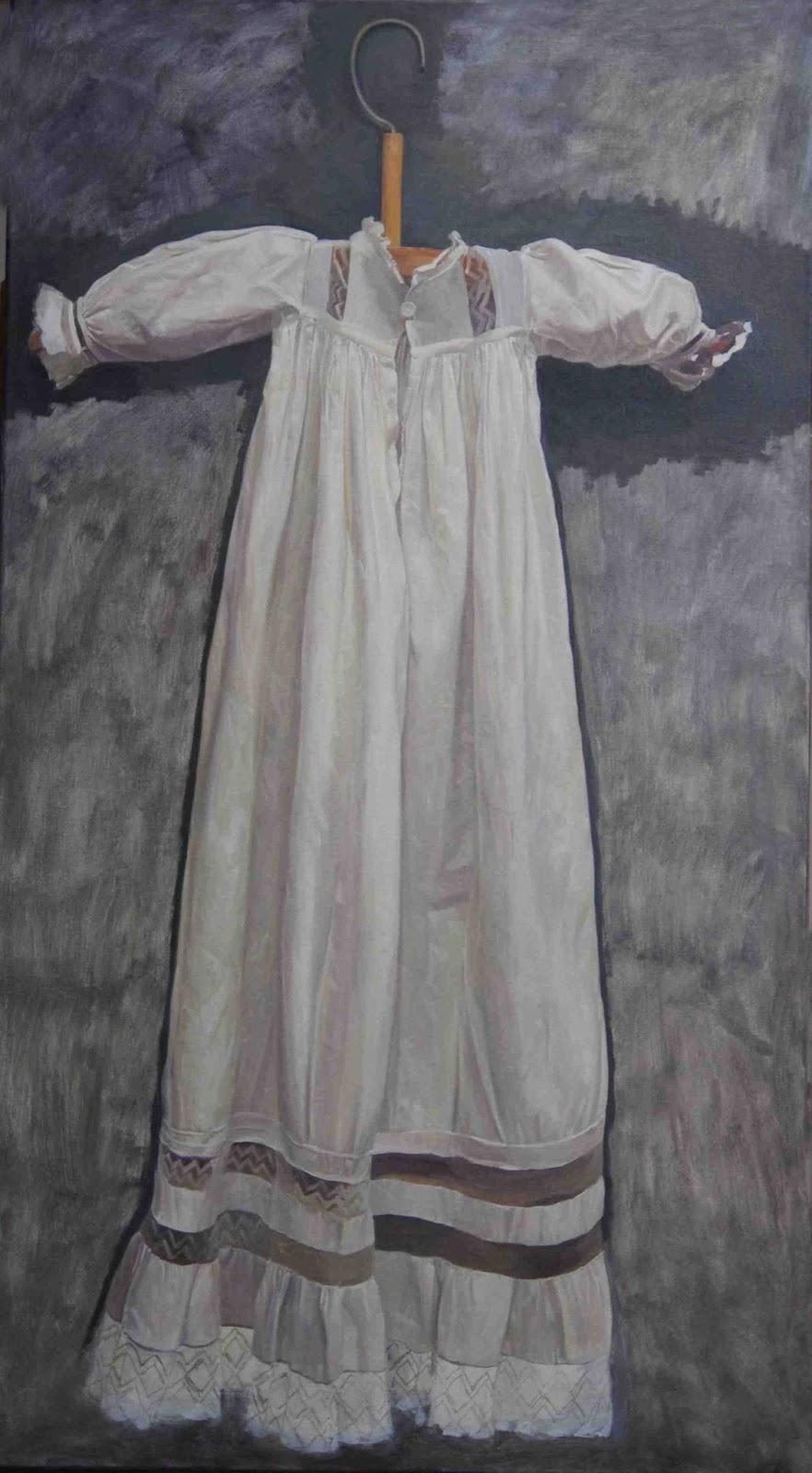 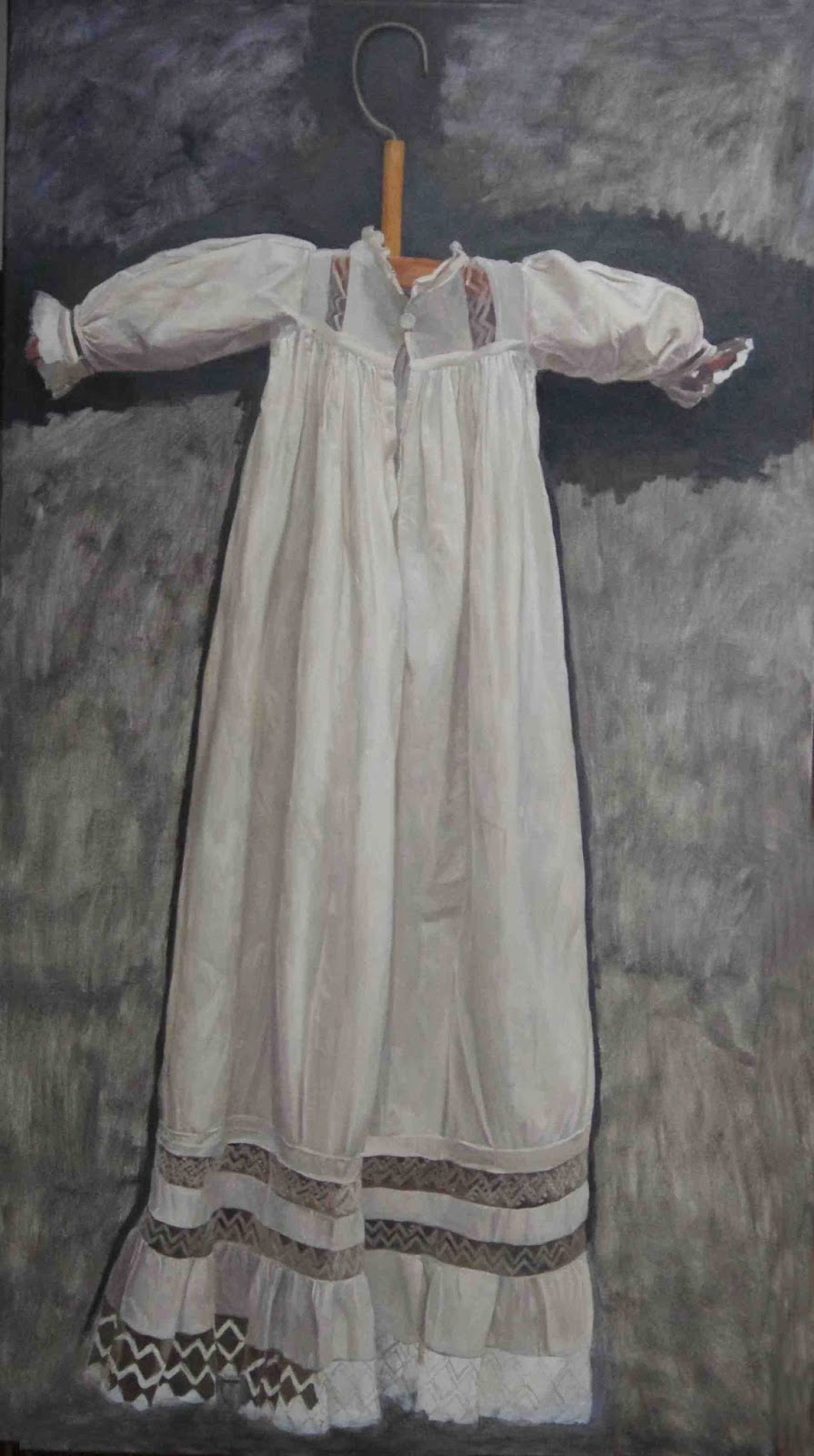 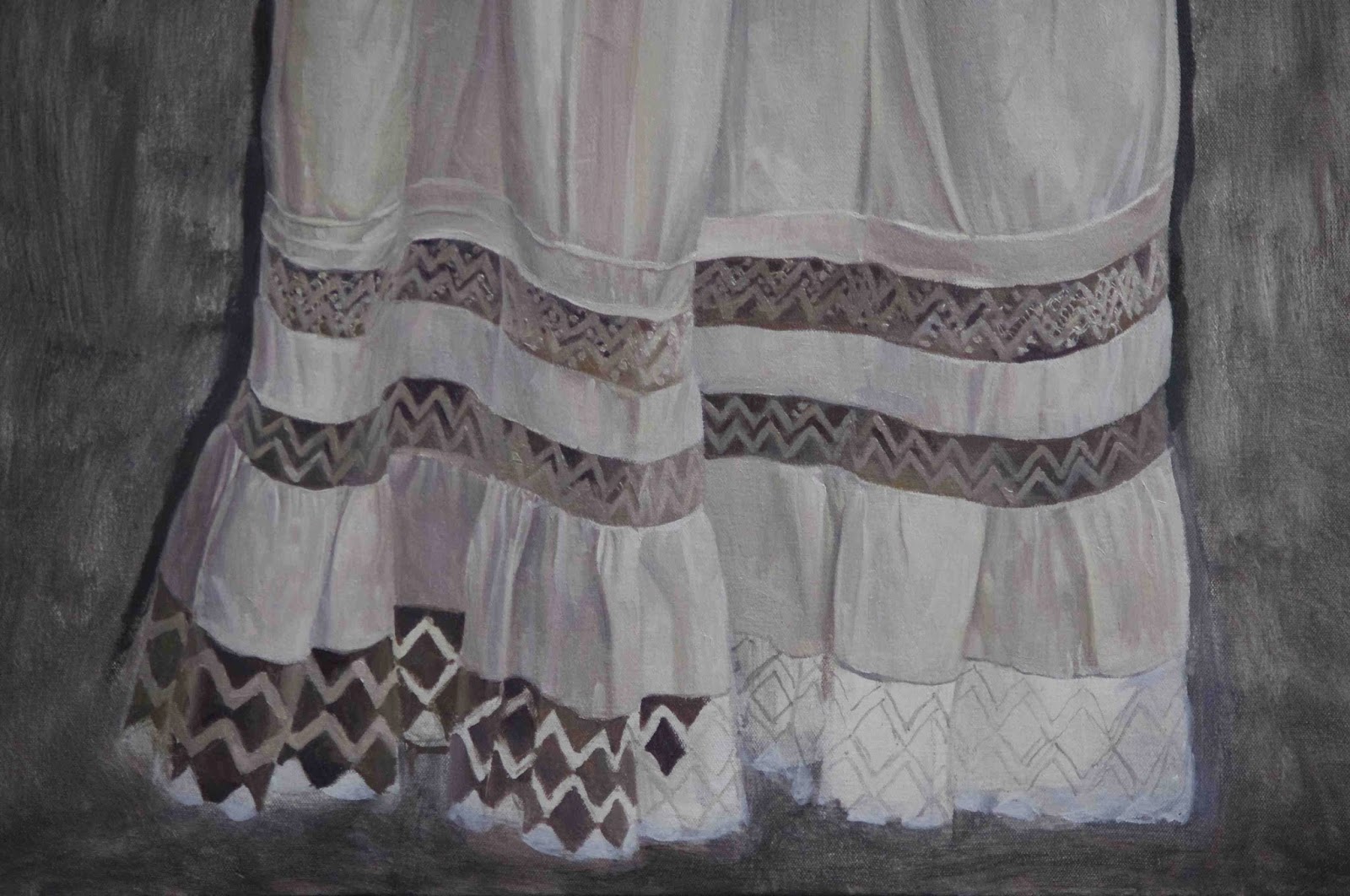 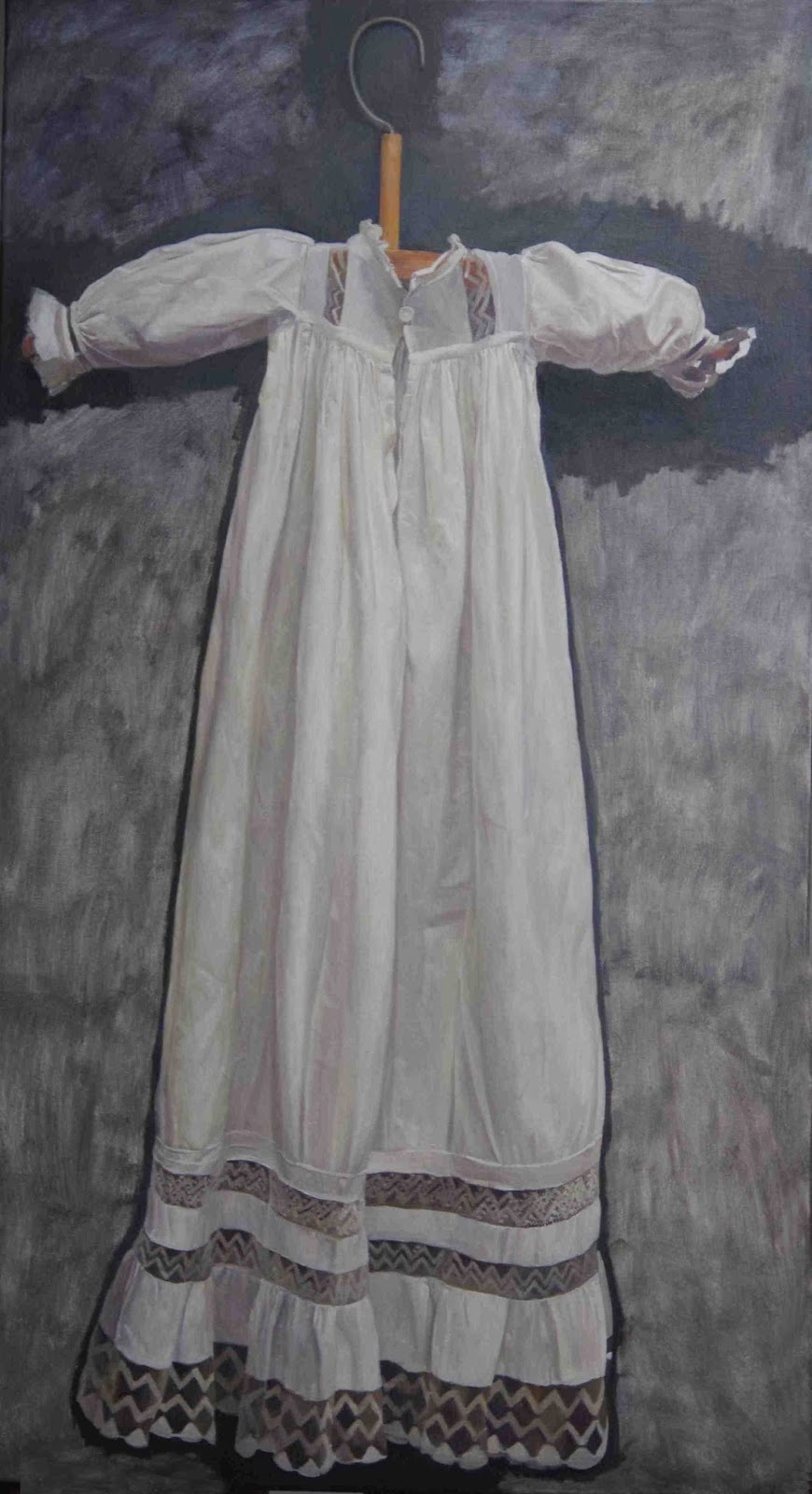 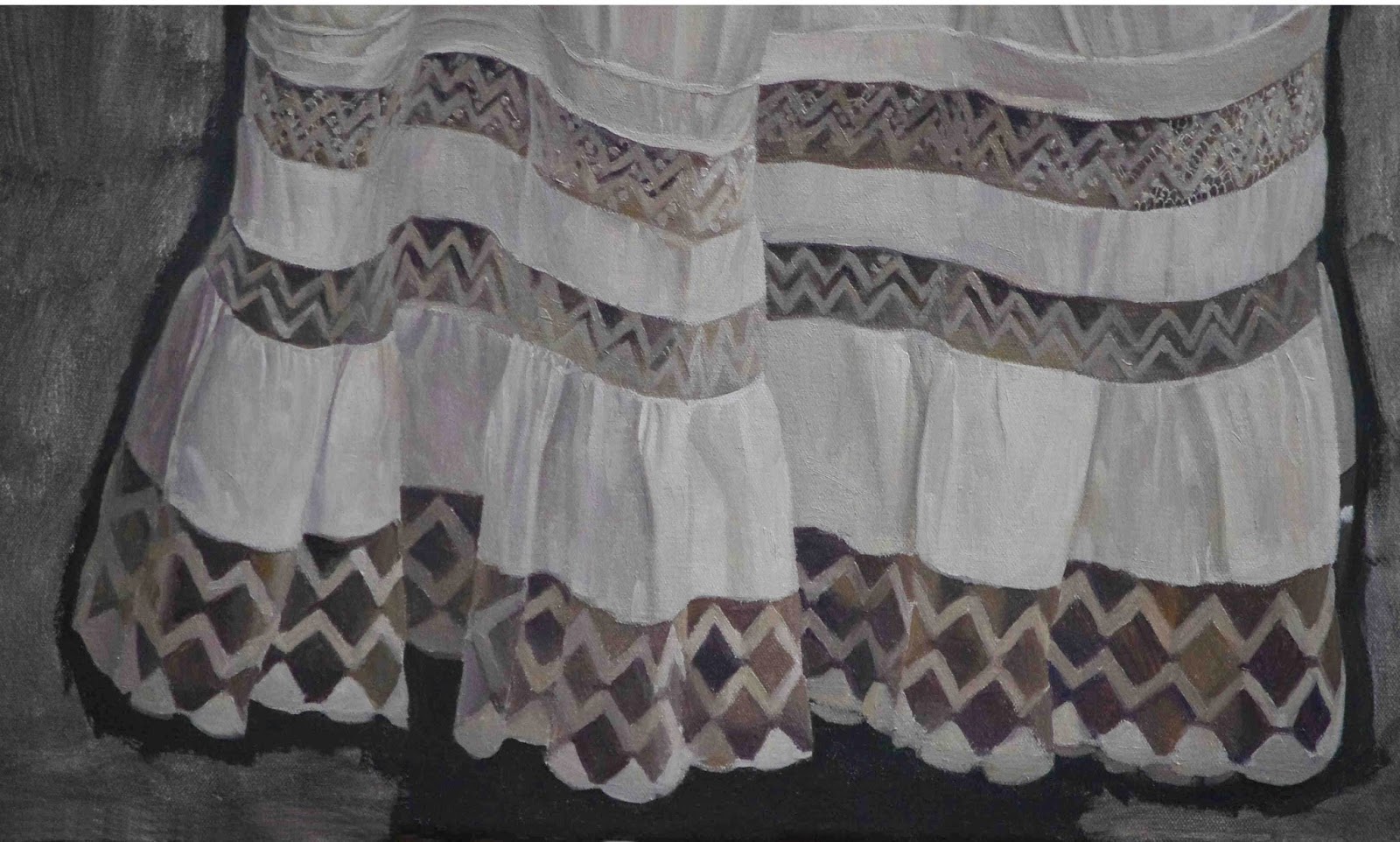 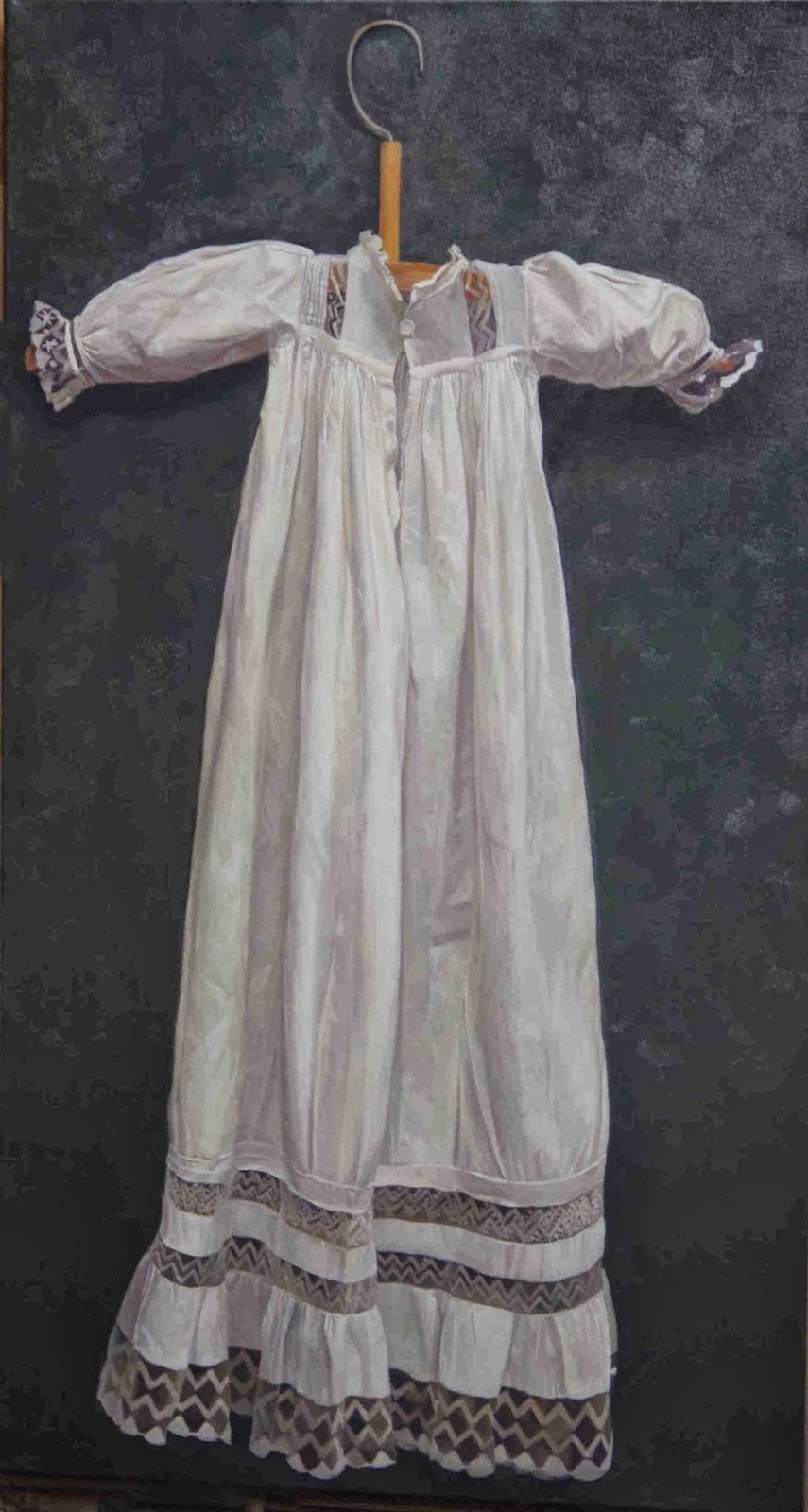 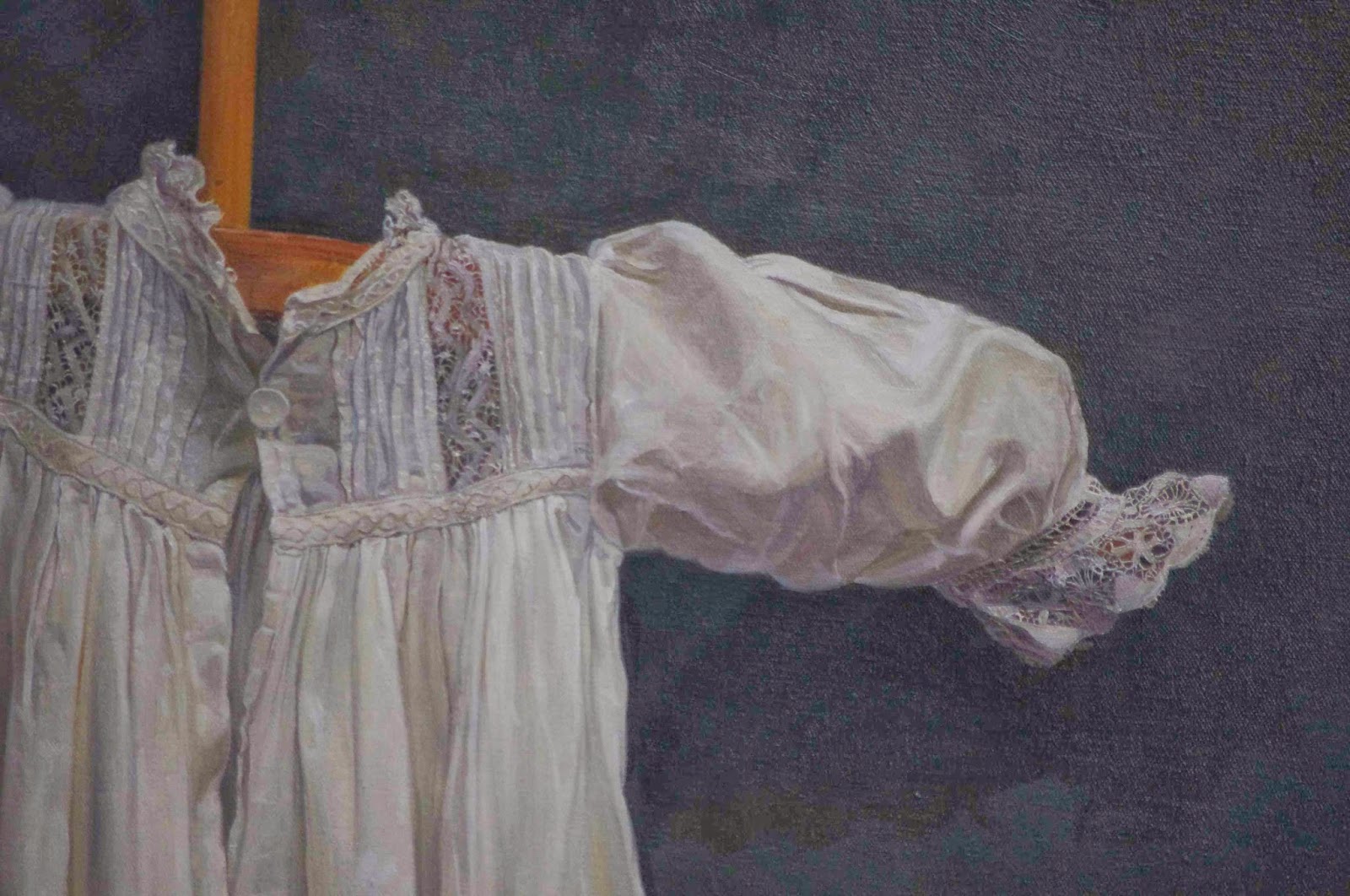 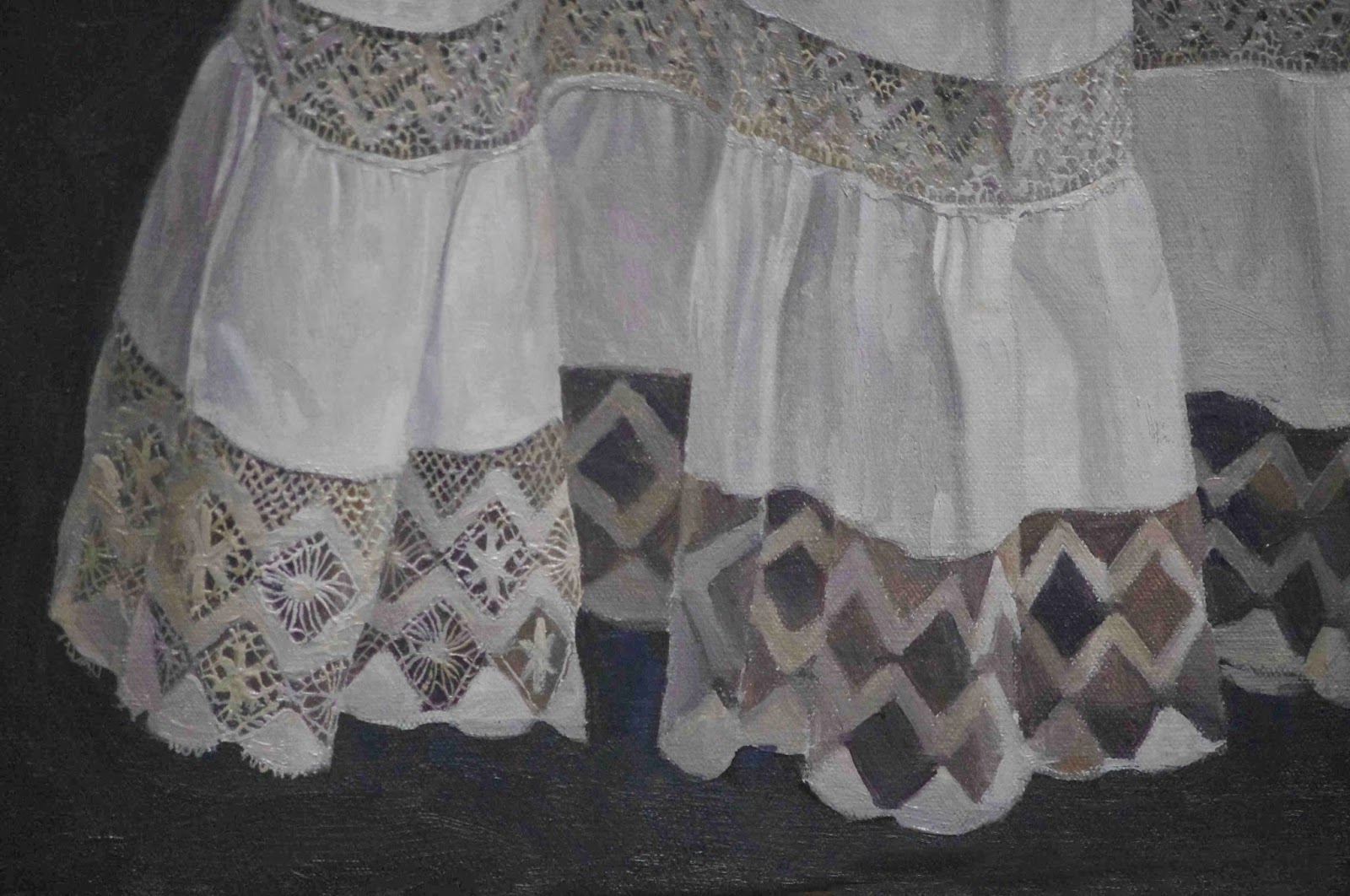 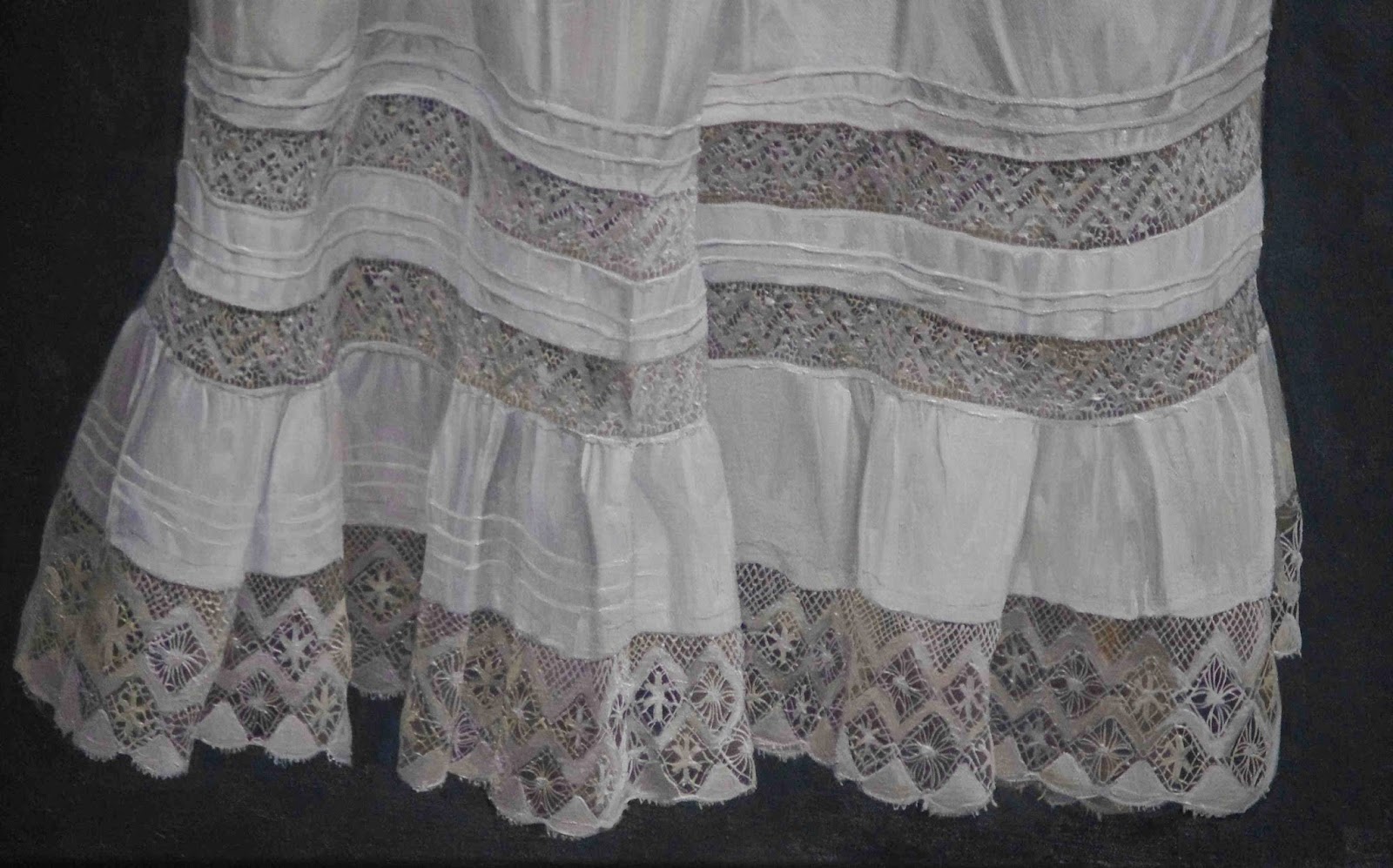 With Lisa Barmby at the opening. Also from left, in profile, Lewis Miller,
Tom Alberts in blue shirt and Angela Cavalieri

Until March the 29th, Charles Nodrum Gallery has a group exhibition featuring 30 of its artists. The exhibition celebrates the gallery's 30th birthday, a remarkable achievement. Last Saturday saw Charles host an opening with food and wine, and along with some wonderful conversation, it was a nice way to   mark the occassion. By the way, 30 artists and 30 years was just a coincidence! 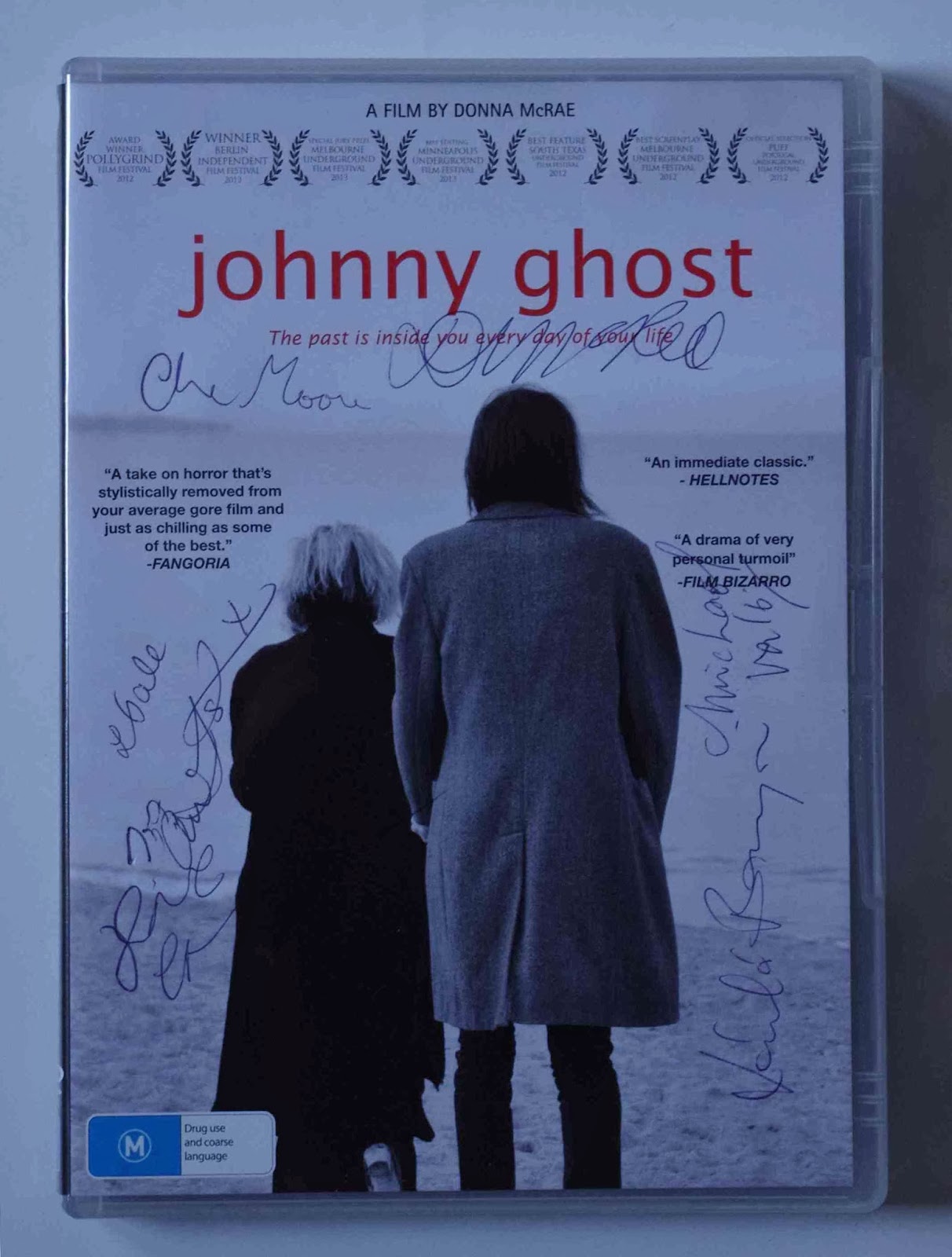 Johnny ghost has just been released on DVD. The subheading for the film is "The past is inside you every day of your life', and that's a good way to describe the story - a film about being haunted by one's memories.

I just had to get the autographs of the main people involved in the making of the film, as you can see on the top image -  Donna McRae is the writer, director and producer. Michael Vale the production designer, Anni Finsterer the main actor, the director of photography is Laszlo Baranyai and Dave Graney and Clare Moore composed the music. Deborah Klein and I had a small roll - as a couple having an argument in the background.

I love black and white films, they're both real and dream-like at the same time. Donna gave a screening at ACMI recently and during the Q&A Michael pointed out that the black and white was shot in colour first and then altered afterwards. There were many insights and techniques discussed and I'm always amazed at what it takes to make a film. It would have to be one of the most complex art forms there is.