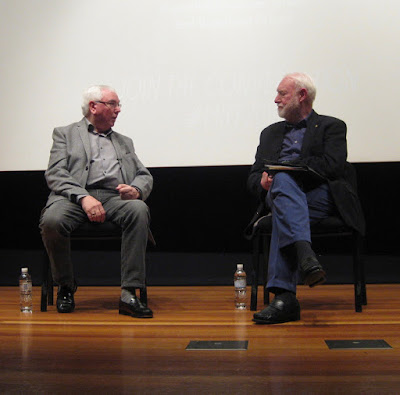 The Art of Illusion 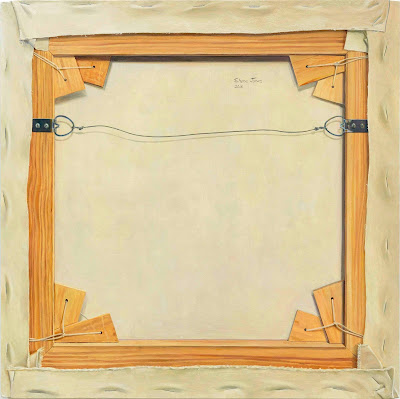 The art of illusionistic painting, otherwise known as trompe l'oeil (trick the eye), has a long history. There are a number of paintings by artists throughout the centuries depicting the rear of a canvas and this is one of four versions I've painted, but the only one I've done on wood.

I've always found it a magical experience when tubes of sticky coloured substances called paints seem to be transformed into other materials or textures. An achievement realised through feel rather than skill and observation.
Posted by Shane Jones at 11:04 PM

Peter Wegner and I were judges at the Great Southern Portrait Prize in 2015 and it was on this occasion that we decided to draw each other. After about a year and a half, the right time presented itself and Peter came to my place for a sitting.

It was another standing pose, done with charcoal and white pastel. It took nearly three hours with a few short breaks along the way. I'll be awaiting my turn to pose for Peter of which I'm looking forward to.

Peter won the Rick Amor Drawing Prize a few days prior to our sitting so it has been a drawing feast for both of us. 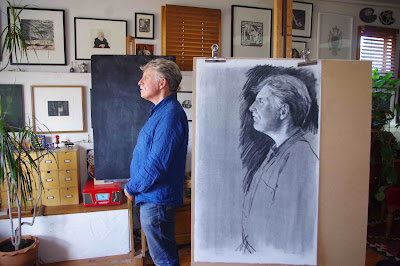 I've always loved the profile portraits of Tom Roberts, and of course, those portraits from the Renaissance, so recently I asked Kate Nodrum to pose in profile. She stood for over two hours without a real break, which is a difficult thing to do. I thought sitting in a chair might cause a slight slump in posture which might subtly effect the pose I was after - a sitter who is alert and could move away at any moment. 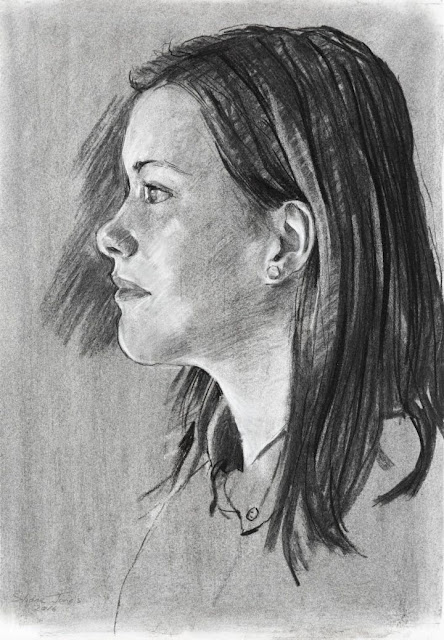 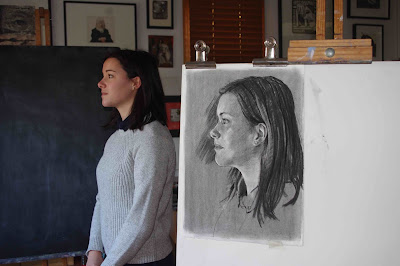 The lower photograph was taken by Deborah Klein earlier this year when I was painting the moon from our balcony in Abbotsford. I wanted a more complicated composition, more than a quick sketch might achieve where there isn't enough time to think about structure.

When painting clouds crossing the moon, time is a consideration. Clouds change so quickly that trying to capture something of the night moments is almost a race before too much change takes place in the sky.

One often hears it said that artists capture a fleeting moment in time but that is not literally true. To capture a moment in time, time would have to stand still so it can be captured. Working from life is about constructing a picture that reflects what it was like being there for those short moments or even hours, but in a way that looks like time did stand still. Memory and feeling come into play to conjure a picture that seemingly is a fleeting moment.

Although this painting from my balcony started from life, I added to it in the studio as well, trying not to paint over the initial sketch too much, exploring the possibility of making a painting that has both freshness and structure. 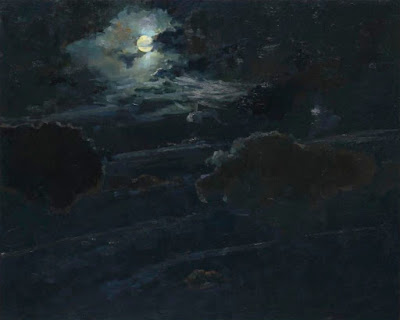 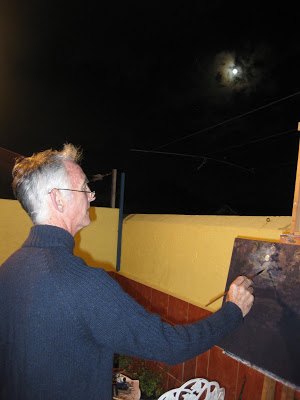 As I mentioned on a previous post, I did a short calligraphy course in the late '80s. Here are a few more works I composed around that time. 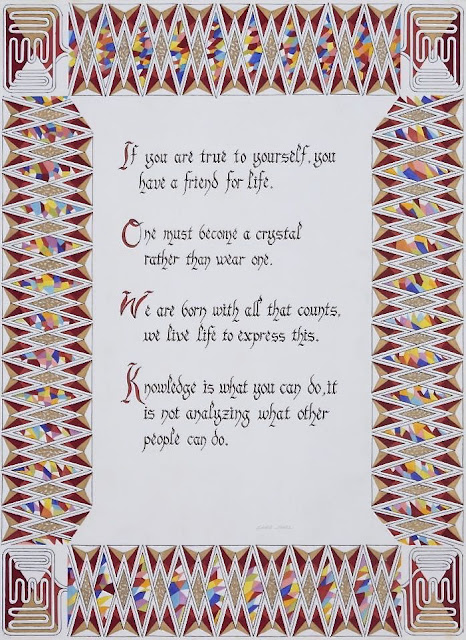 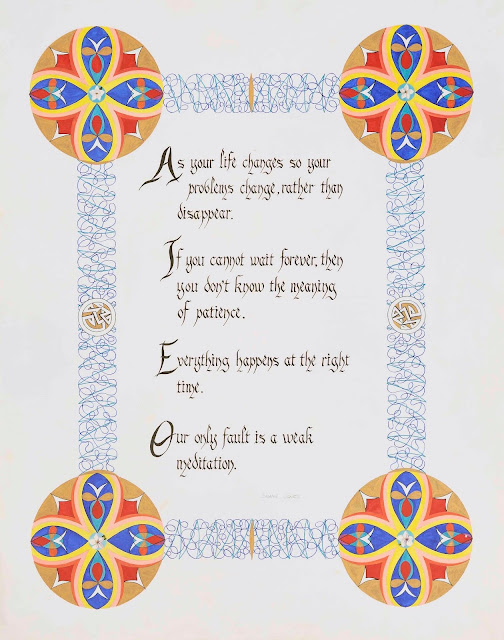