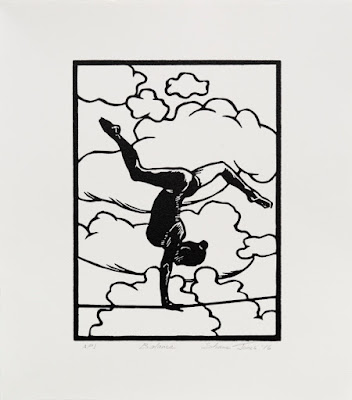 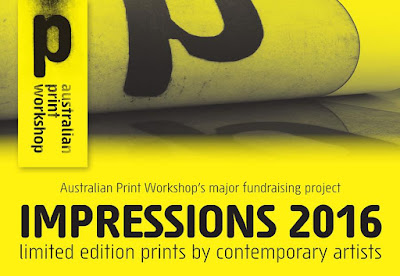 The Australian Print Workshop is having its biennial fund raising sale and exhibition from 25 Nov 2016 - 25 February 2017. All the artists involved donate a limited edition print at set prices to the APW which are offered for sale to the public.

The above image is my print donation in an edition of 10.

The APW has an artists' party in early December, and along with good food and drink, there's a musical performance put on by printmakers who play musical instruments, and they're really good.

The evening of the 10th November was an exciting time, as Deborah and I attended an In Conversation with Cadel Evans, and a book signing of his biography, CADEL EVANS, THE ART OF CYCLING. What an interesting, funny and eloquent speaker Cadel is, not only as an interviewee but also during the Q&A afterwards. The event was hosted by Dymocks books and it took place at the magnificent Werner Brodbeck Hall on Collins Street Melbourne.

At the end of the talks, Cadel not only signed books, but as you can see, generously allowed many people to have a chat and a photo session with him. We sometimes hear it said that certain athletes transcend their sport, and Cadel is certainly one of those. 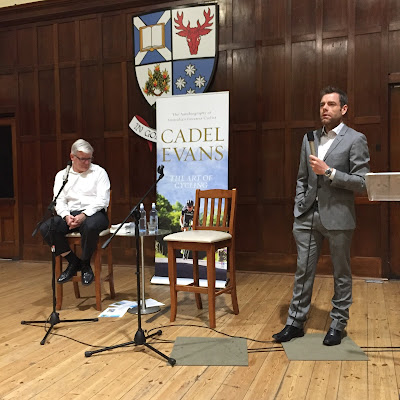 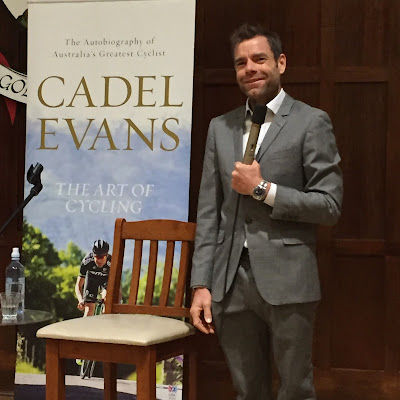 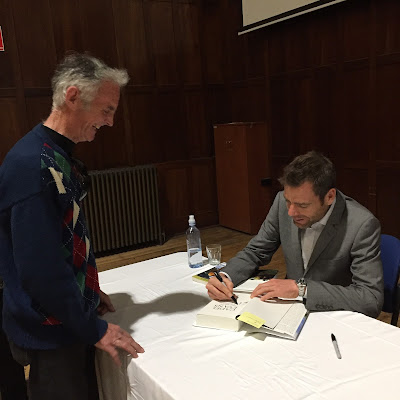 Signing of his book 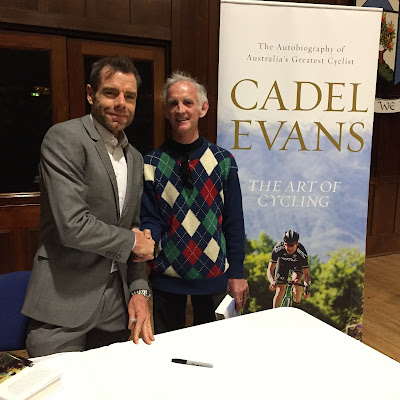 I've always wanted to shake Cadel's hand, and now I have! 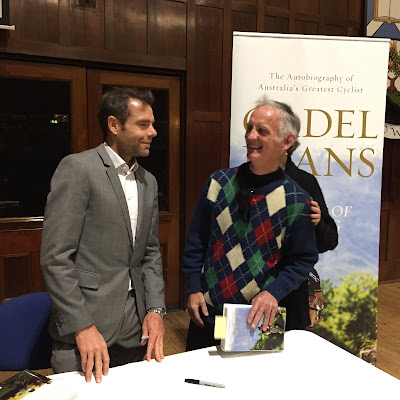 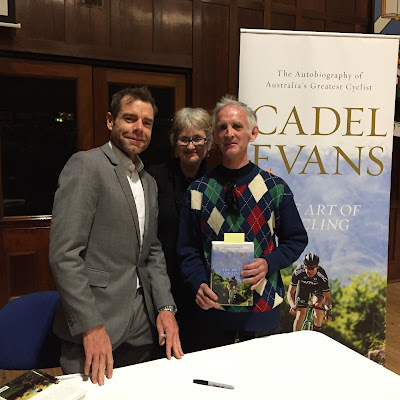 Cadel, Deborah and I
Posted by Shane Jones at 3:36 PM