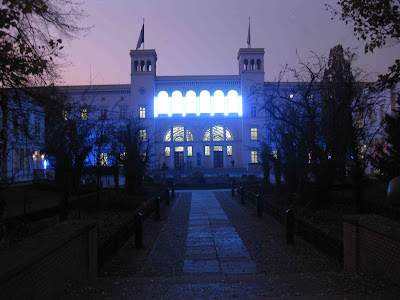 The Hamburger Banhof is a converted railway station and is now one of the major contemporary art exhibition spaces in Berlin. There are many rooms in the gallery and one section extends along a seemingly endless corridor. At the time of my visit, almost every space was filled with installation art and almost all of it was so boring that it felt a shame that such a great exhibition venue was wasted on what looked like an amalgamation of junk. The problem with these installations was the weight of the materials used to illustrate the artists' ideas. There was not enough material transformation to create any magic and the physical presence of the materials used in the works dominated the ideas to such an extent that the whole experience was mind-numbing. Let's hope that this is not the usual exhibition scenario and that artists whose talent matches this fine venue are seen by the public.
Posted by Shane Jones at 12:09 AM 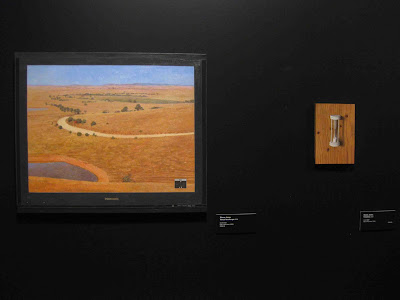 One of the current exhibitions showing at the Art Gallery of Ballarat is titled TRICKING THE EYE photorealist and trompe l'oeil paintings from the Gallery's collection.  My two paintings are also from an exhibition I had at the gallery in 2009. The one on the left is a landscape as seen on TV and the other is a white hour glass fastened to a board. Everything is a painting. My partner, Deborah Klein, has one of her paintings in the exhibition also, Vorticist 2. 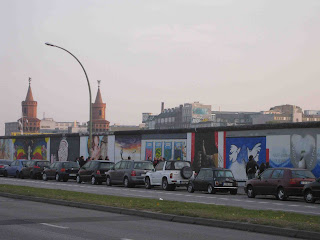 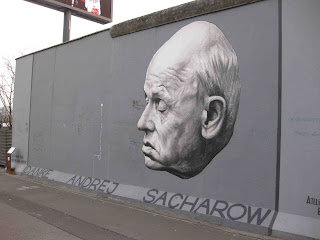 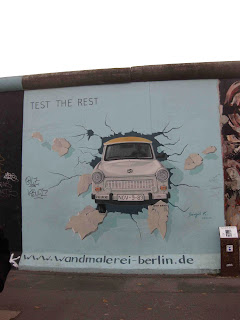 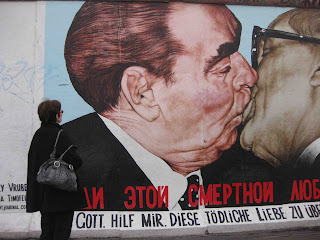 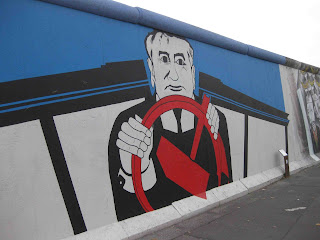 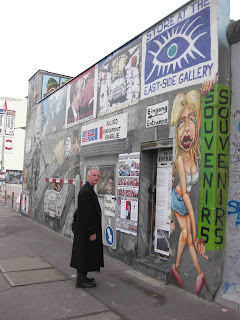 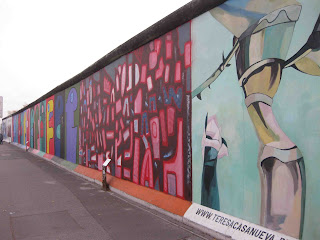 Here are some images of the Berlin Wall. The history of the wall is expansive and poignant so it's best to investigate this on other sites. As you know, the wall divided the German people for years until it was torn down in 1989. There is not much left of it in Berlin, only a few kilometres spread here and there throughout the city. The above images have remained for public viewing and are good examples of how people throughout the world left messages which addressed the political and psychological tensions during that time but also messages of hope for an eventual unified nation. There is a section of the wall in another part of Berlin that has been preserved as it was before it was demolished and it can be seen from across the street on a viewing platform. Another remnant called the Wall of Shame is located in a different area of Berlin, so when someone asks for the location of the Berlin Wall, what  section of it is the other question that needs to be asked.