In Conversation with the Artists 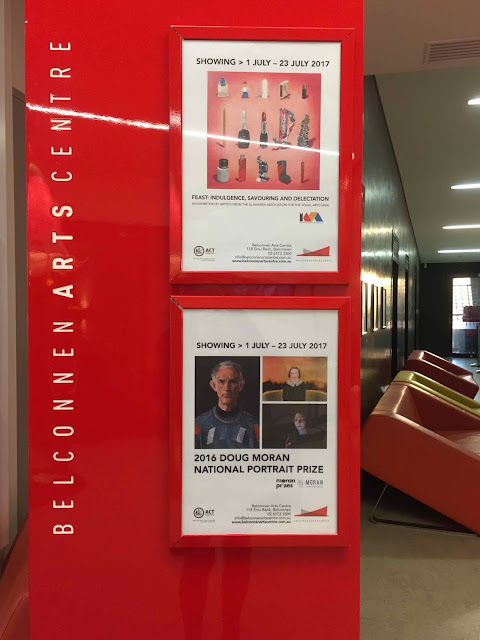 The 2016 Doug Moran National Portrait Prize finalists exhibition has now arrived at its final destination at the Belconnen Arts Centre in Canberra. The opening was a wonderful experience, giving some of the artists an opportunity to meet each other and also a number of the staff at the Centre. Angus Trumble, director of the National Portrait Gallery in Canberra, gave an insightful speech about portraiture and painting in general.

The following morning, artists Ross Townsend, Megan Seres and myself, took part in a talk called In Conversation with the Artists, hosted by Creative Programs Director, Monika McInerney. Monika got the ball rolling with questions about, which gave us a number of avenues to pursue. As Ross said, we could have talked all day. 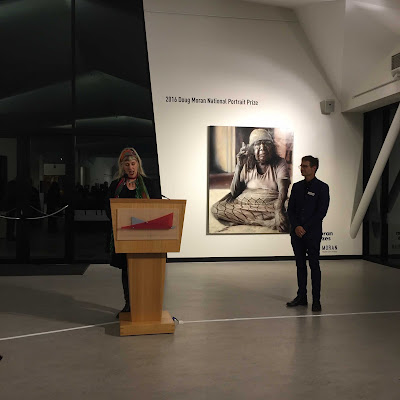 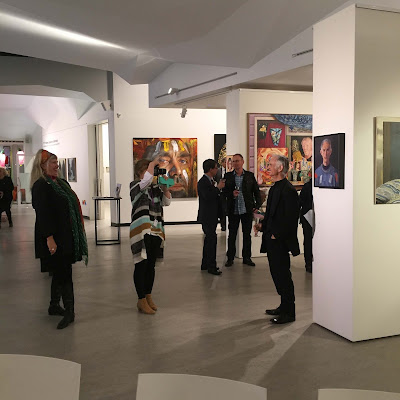 Having my picture taken in front of my portrait 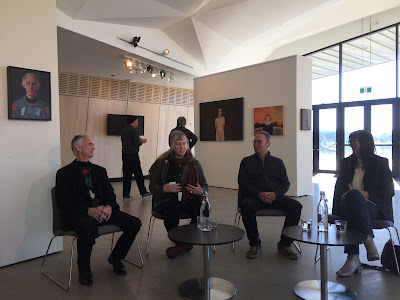 In Conversation with the Artists. From left: Me, Monika McInerney,
Ross Townsend and winner of the portrait award, Megan Seres 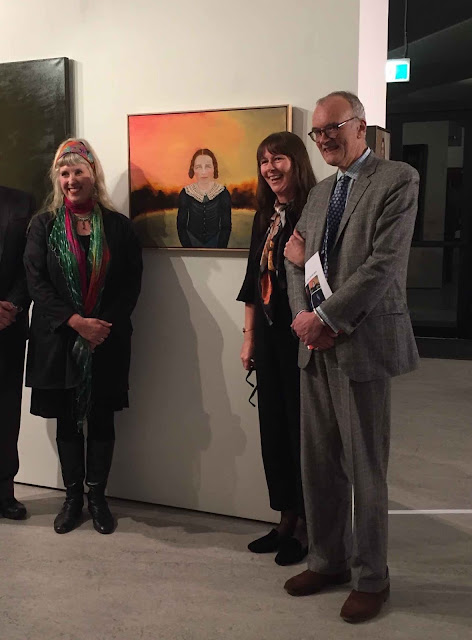