Residency at Federation University of Australia

I am currently doing a residency at the Federation University of Australia, situated in Ballarat. I'm there on Thursdays and Fridays until the end of September. I set myself a still life project painting a white dress. I chose this because anything white is inspiring to paint and I wanted to demonstrate that a painting can take some time to do. Here are some images of me painting in my space at the University. 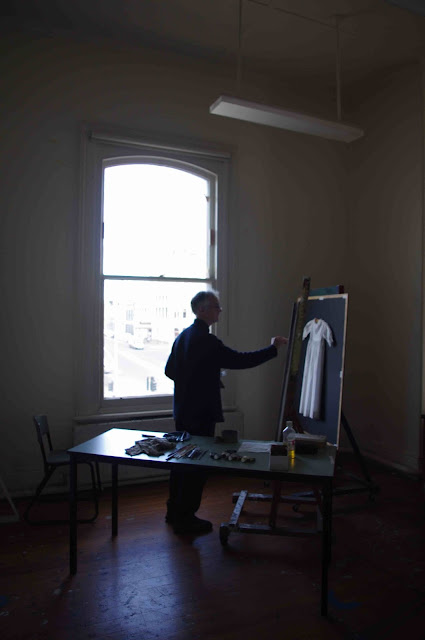 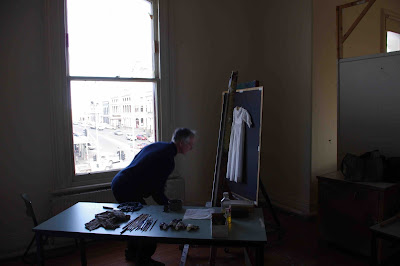 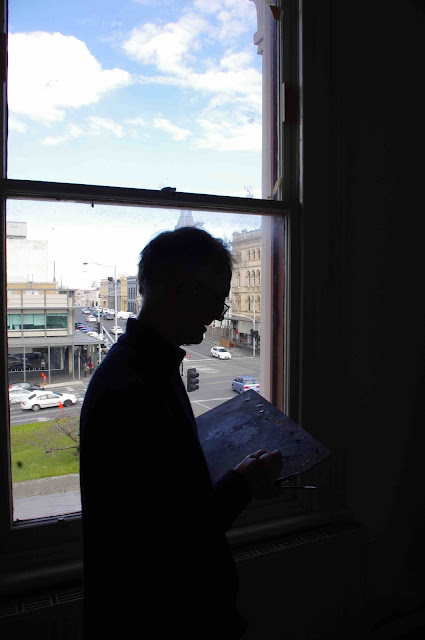 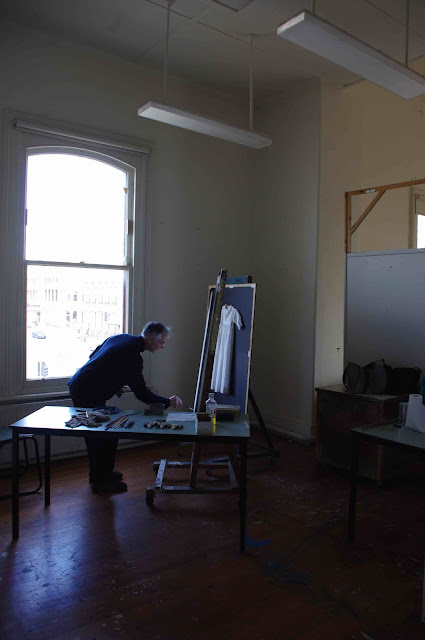 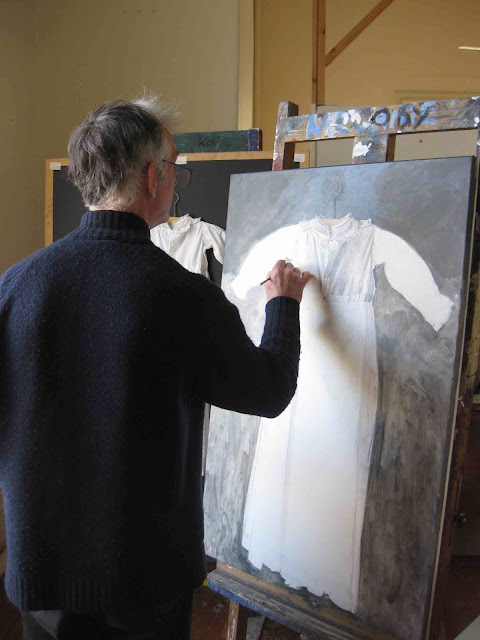 My petitioned space is above the Post Office Gallery on the corner of Sturt and Lydiard Streets, so I've included some views from the window. I also pinned some of my old catalogue images around the petition. 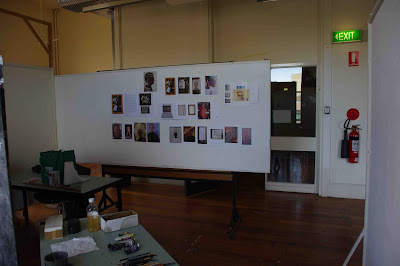 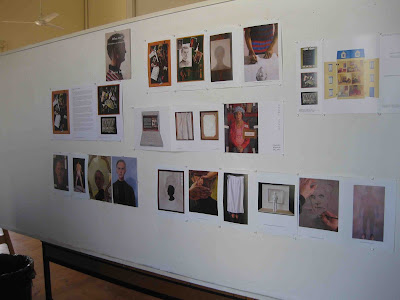 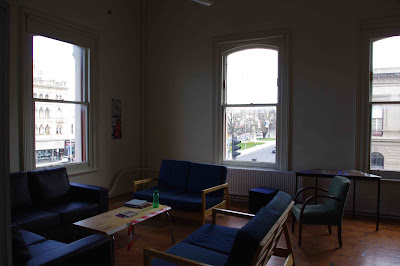 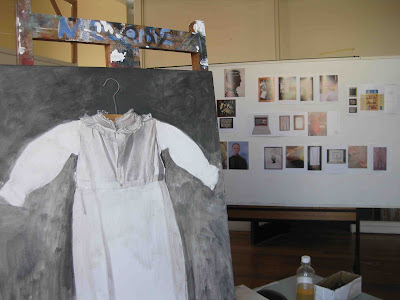 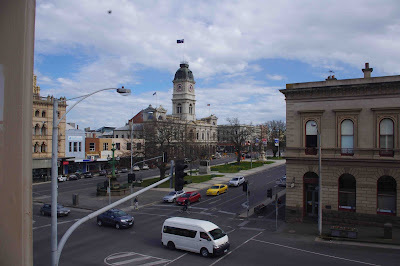 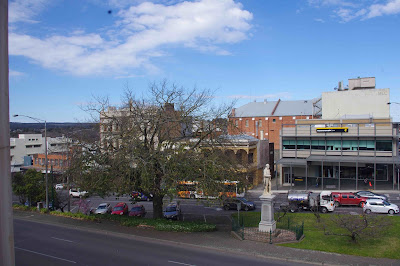 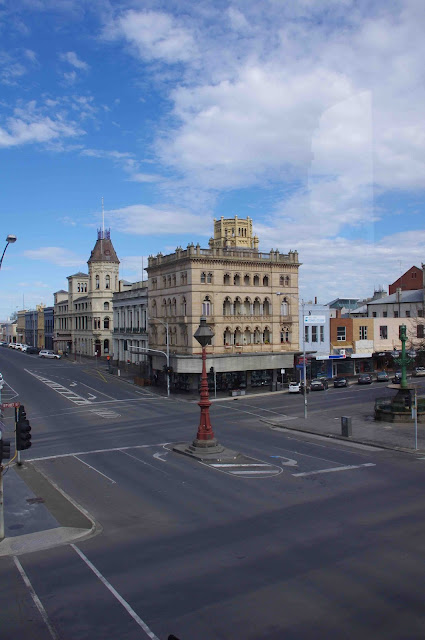 The Melbourne International Film Festival (MIFF) has just ended for another year. I saw 15 films throughout the 17 days of film presentations. Some of the highlights were The Spiderwebhouse (2015, dir. Mara Eibl-Eibesfeldt), about three children who are alone for a time because their mother went away to recover from a nervous breakdown. Their father did not live with them and had no knowledge of what was happening during the mother's absence. It was a mixture of reality and dreams and the black and white cinema photography was excellent. A documentary on Marlon Brando, called Listen to Me Marlon (2015, die. Stevan Riley), was an insightful look into Brando's relationship with Hollywood, his human rights and environmental campaigns and the family tragedies that occurred later in his life. Another excellent documentary was called Palio (2015, dir. Cosima Spender), about the famous horse race held twice yearly in Sienna, Italy. Amazing footage and eye brow raising corruption. It's the only horse race in the world where a riderless horse is the winner if it passes the finish line in front of everyone else! and the bribery has more influence on the outcome of this strange race than a rider's horsemanship or the speed of his horse.

Perhaps the find of the Festival were the films of Chilean director and screen writer Sebastian Silva. Although he is only 36 years old, he was given a retrospective of 7 of his films. I saw three of them, Nasty Baby (2015), The Maid (2008) and Old Cats (2010). He has an intense interest in the complexity of human relationships and his stories are never black and white. All of his film actors are brilliant and although his characters are often troubled, there is generally a light of hope at the end.

During the Festival, the Forum Theatre has it's doors open to the public at certain times where you can get a drink or a snack. But the main attraction is its architecture and the ambience. Below are some pics to show you what I mean. An amazing and original place to visit during the Festival. 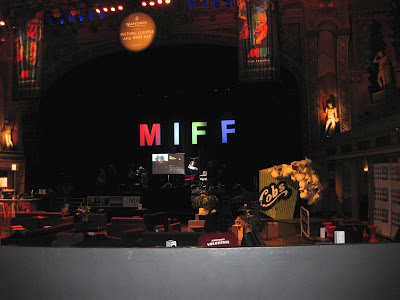 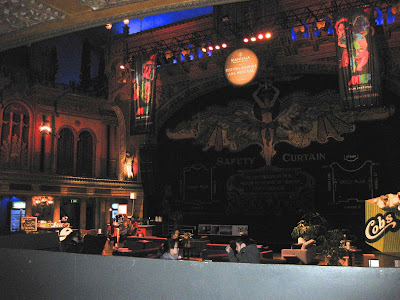 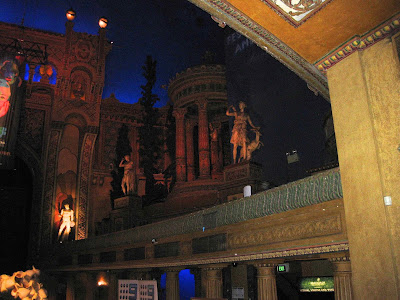 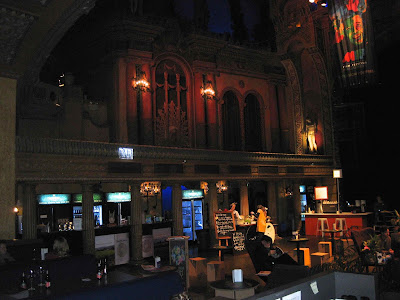 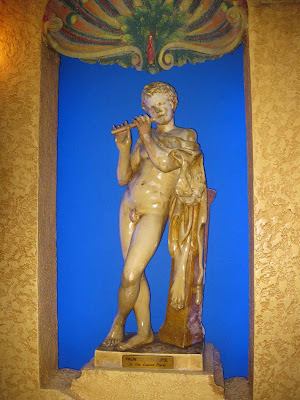 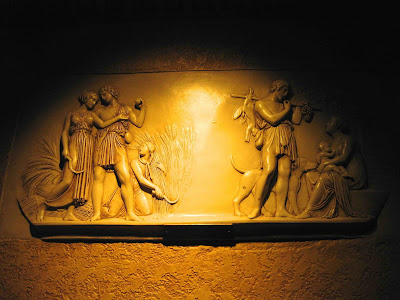 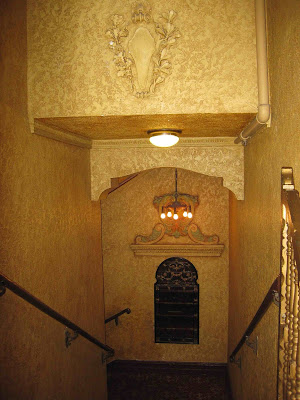 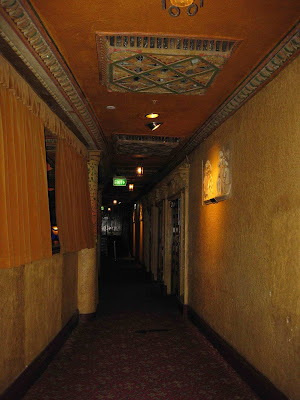