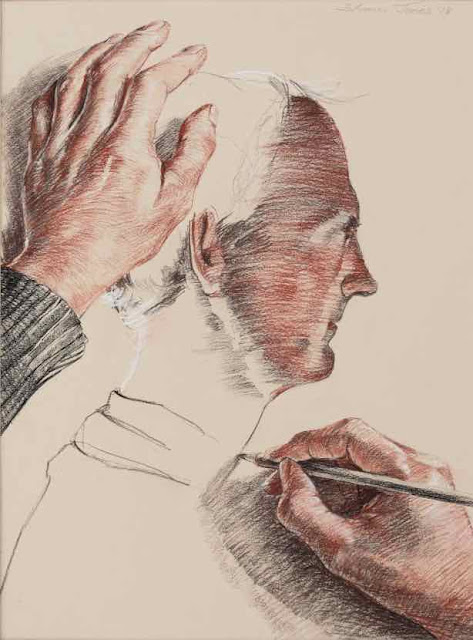 This drawing was inspired by the red chalk drawings of the Renaissance artists. I've always thought the hands give physical form to feelings, as if they are mediators between the visible and the invisible. I had the idea of me drawing a profile self portrait since it's how my profile portrait series is being made - by thought and feel.
Posted by Shane Jones at 4:32 AM 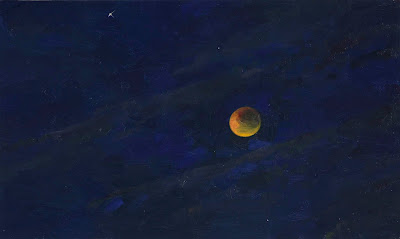 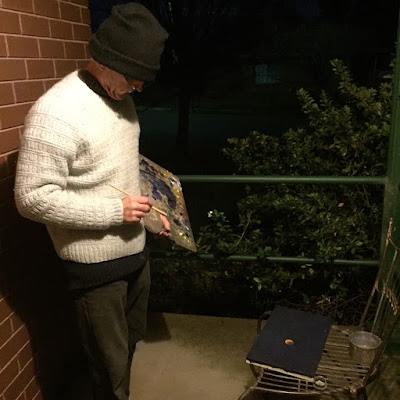 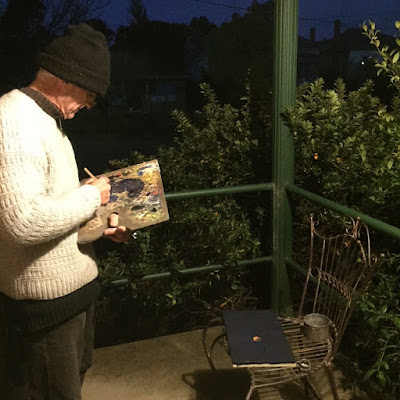 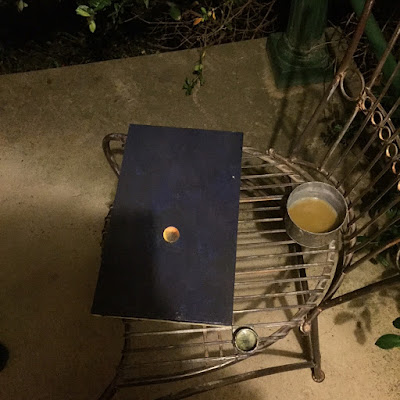 Recently my partner Deborah Klein was invited to give a talk at the Duldig Studio in East Malvern as part of a series of talks called Creative Women in Focus. The studio is really an intimate museum that was once the home and studio of sculptors, painters, and art teachers, Karl and Slawa Horowitz-Duldig. It has been established as a museum by their daughter Ewa de Jong-Duldig, who retained her parents' artworks and much of their furniture, in fact, Slawa designed some of the pieces. Karl's studio is still there in the backyard, and what makes it all so special is that the art is seen in its true context, since much of it was made on the property and is displayed in a domestic environment, where most art is destined to be viewed.

An interesting historical fact is that Slawa was also an inventor and she introduced to the world the folding umbrella. She had the patent for 10 years, but was forced to hand it over to the Nazi regime when she and Karl left Europe to escape the horrors that were coming.

Much of the work at the museum is done by volunteers, though at the time Deborah was giving her talk, Melinda Mockridge, who is involved Public Programs, co-curated an exhibition of the Duldig's work. Occasionally there are concerts throughout the year, so it's quite a magical place to be.

For a greater understanding of what the museum is about, and to have a more in depth introduction to Karl, Slawa and Eva Duldig, visit the Duldig Studio website.

As a bit of Trivia. In the mid to late 80s I drove taxis, and two of my passengers were Karl and, I presume, his second wife, Rosia Ida Dorin. 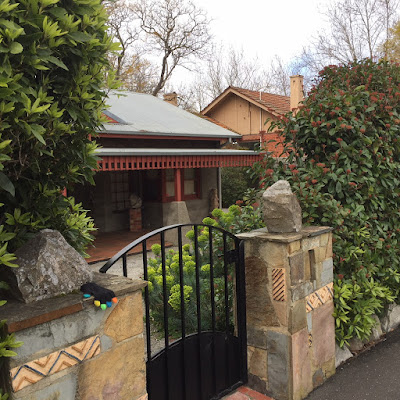 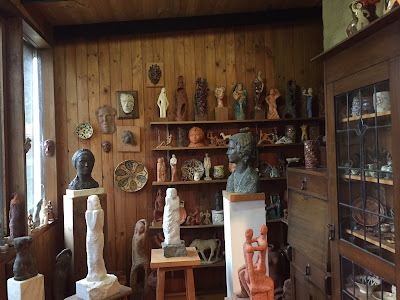 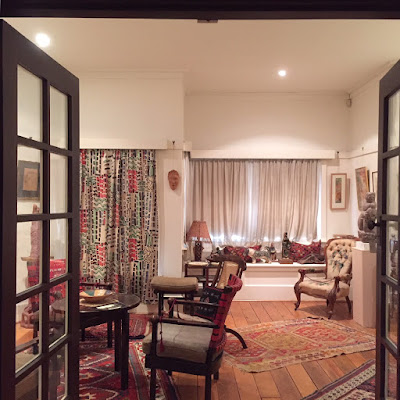 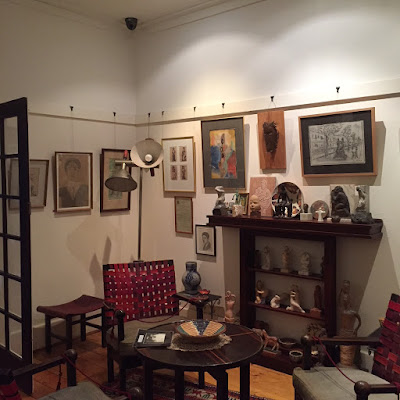 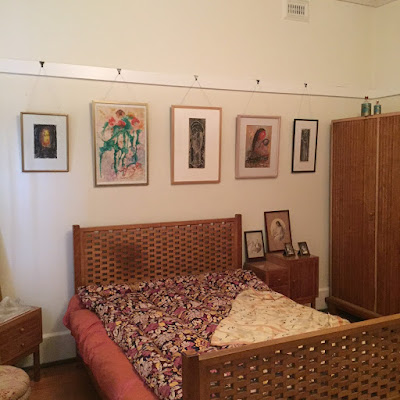 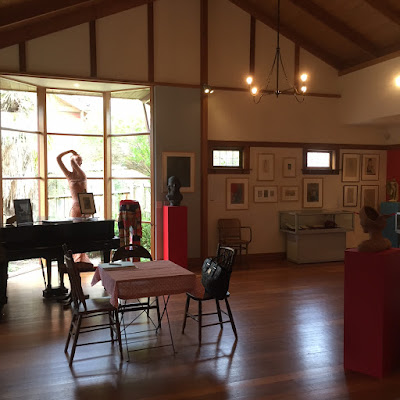 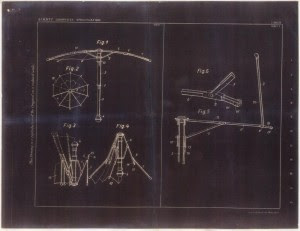 Slawa's design for the collapsable umbrella 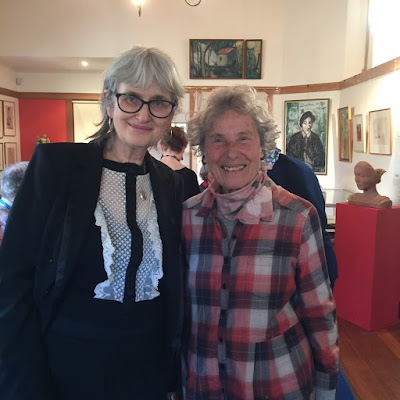 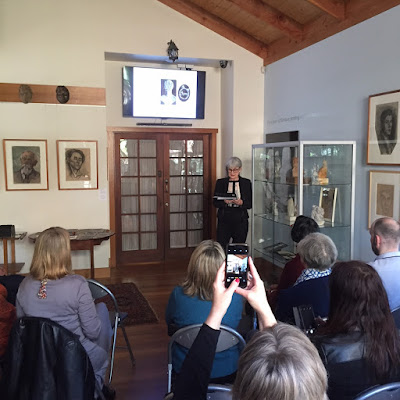 Deborah and her presentation 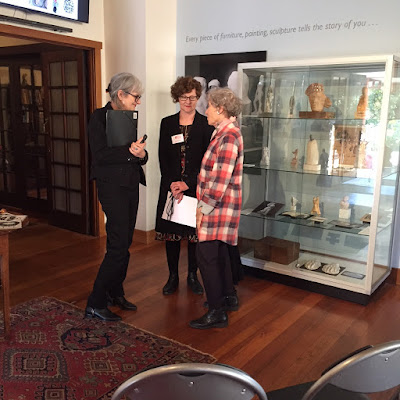 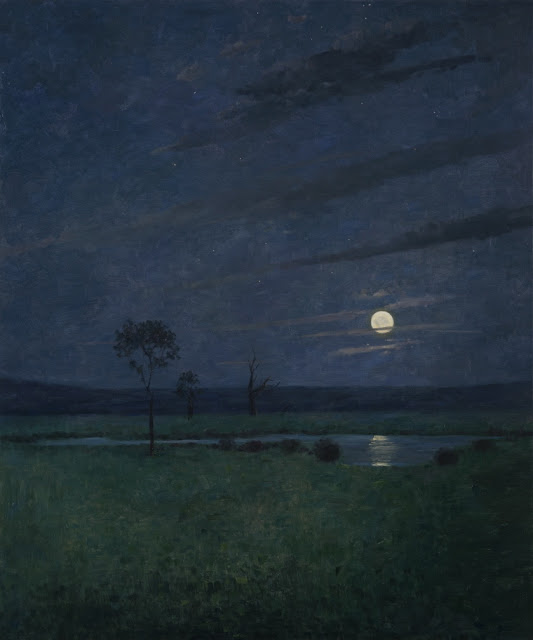 This painting took awhile to complete. Although there isn't much detail, sometimes it takes time to add a brushstroke or two when and where needed. I would love to be able to just put the paint down at once, but I find that progress comes in waves and is not linear. That's why it's hard to say when something will be completed.

It's an entirely invented picture, but inspired by the many moonlit nights I've seen.
Posted by Shane Jones at 9:46 PM