During my residency at Federation University Australia in Ballarat I decided to paint a Christening dress. I've always liked white as a colour - yes, for me white is a colour, and the lace cuffs and collar are always an interesting challenge. Here are some progress shots of the journey of a painting. 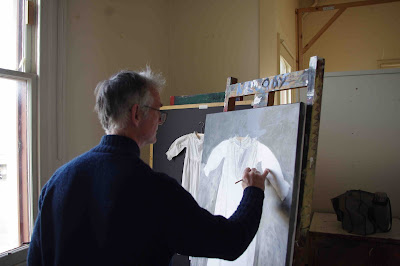 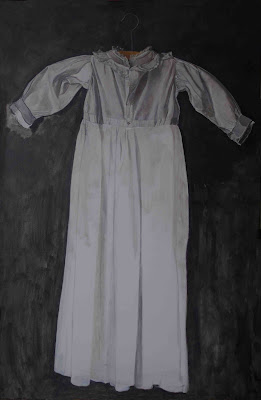 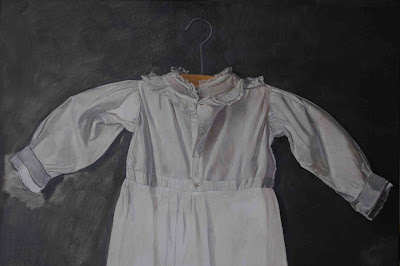 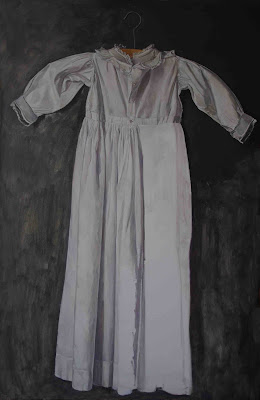 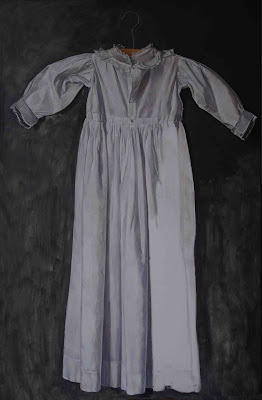 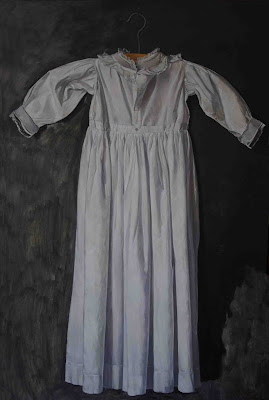 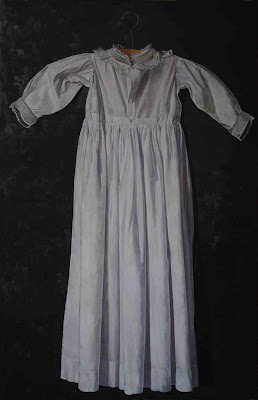 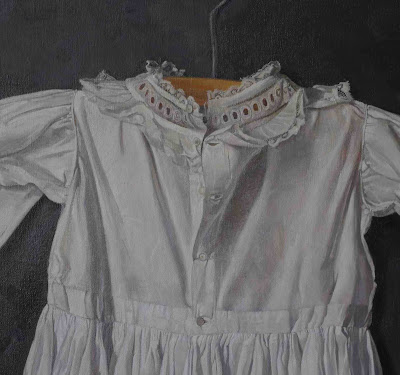 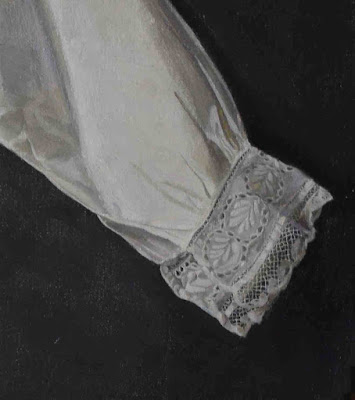 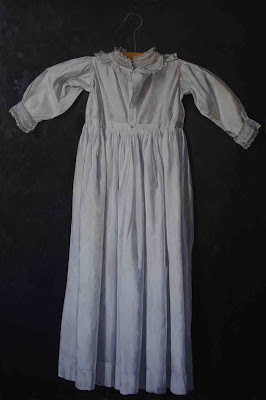 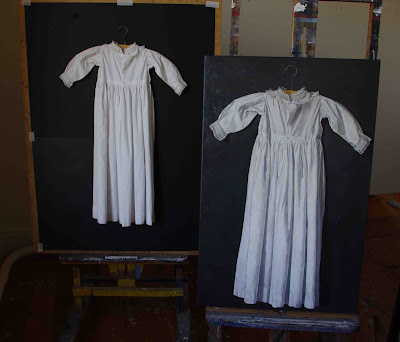 Candid Shots at the Opening of Magical

Recently we had our opening of Magical, curatored by Rona Green at Neospace. With 47 artists exhibiting, it was no surprise to see the show well attended. It was such a pleasure to see so many good images on the wall and since this is an exchange portfolio exhibition, it means each artist receives a print of all the other artists' work.

The exhibition runs until Dec 11, and more details are at the end of this post. 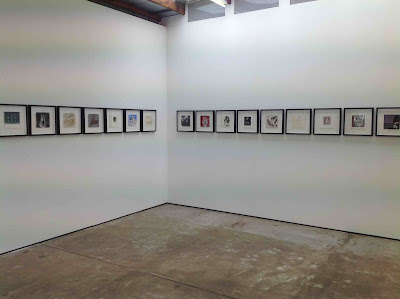 Part of the installation of prints 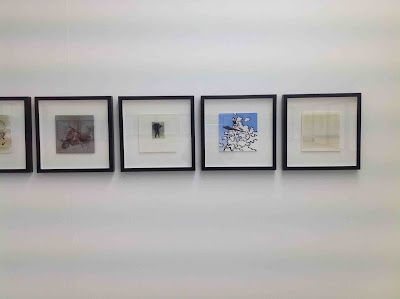 A closer view of my print called  Uplift, with the blue sky. 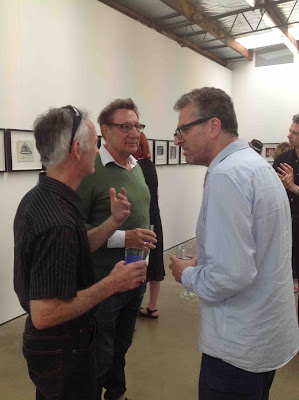 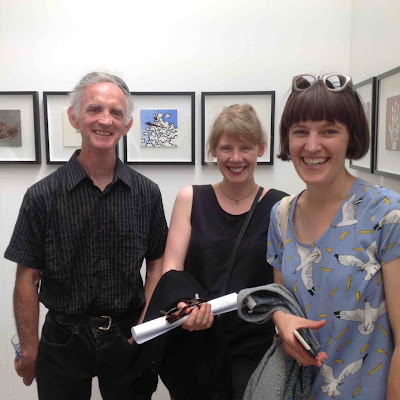 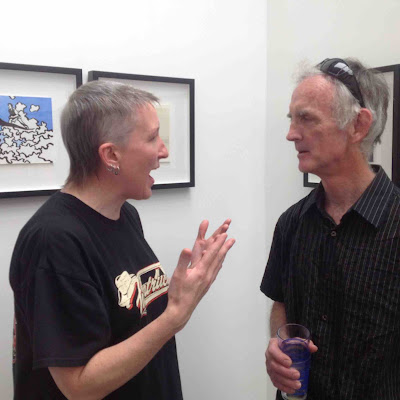 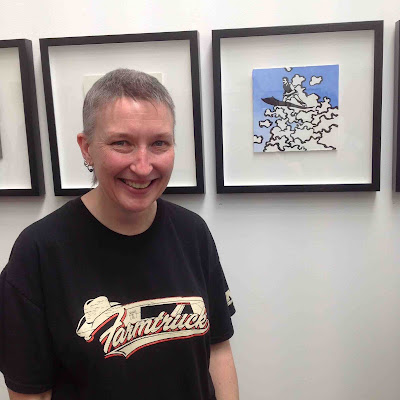 Rona all smiles for a job well done from everyone. 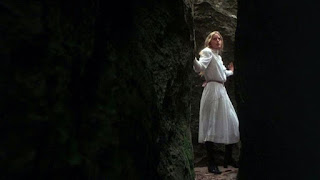 Curator, Cara-Ann Simpson, is creating an exhibition to celebrate the 40th Anniversary of the film Picnic at Hanging Rock. It was directed by Peter Weir and based on the book by Joan Lindsay of the same title. One of the finest Australian films made during the 70s, it was based on the mysterious disappearance of a group of school girls and their teacher from Appleyard College onValentines Day in 1900 on an excursion to Hanging Rock. The novel was published in 1967.

For more detailed references about the film and the book, click HERE

The exhibition is called Return to Hanging Rock and it will be open to the public at Mulberry Hill, a National Trust property and former residence of Joan Lindsay and her husband Darryl, and how appropriate is that!

One of my paintings will be in the exhibition titled Fact or Fiction? It's a trompe l'oeil work of the DVD, Picnic at Hanging Rock. The title refers to a genre where an illusionistic painting is mistaken for reality. But there is also a debate about whether the story is true or not, and Joan Lindsay would never say.

There is no historical evidence that the incident happened, but a great film has been made about it nevertheless.

Here is my painting, and it features Anne-Louise Lambert playing Miranda. The above photo is a still from the film with Anne-Loise Lambert 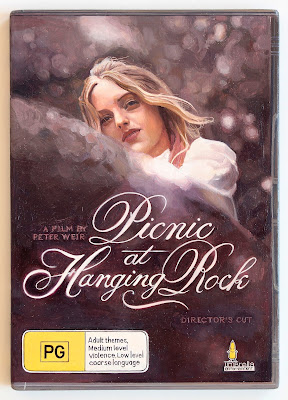 Artist Rona Green has curated an exchange portfolio/exhibition of prints. Comprising of 47 artists, the theme of the exhibition is anything magical, which opens up an horizon of possibilities. The details of the exhibition are as follows with an example of the print I'm submitting.

I've made a few prints which feature the figure amongst the clouds because I think the feeling of being in the air is uplifting, which coincidently is the title of my print.

A number of years ago I saw the documentary Man on Wire, about Philippe Petit and his amazing wire walk between the Twin Towers in New York in 1974. The film was shown in Melbourne at the Como cinema and Petit attended the screening. Of course I got his autograph, but the images of him on that tight rope has continually inspired me into making images of being amongst the clouds. 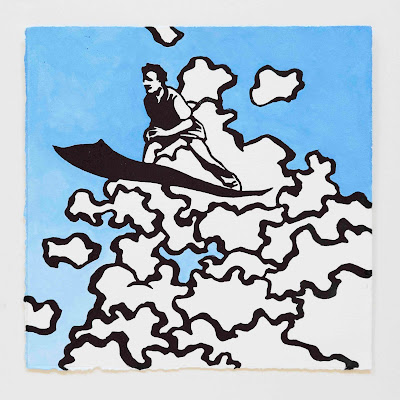 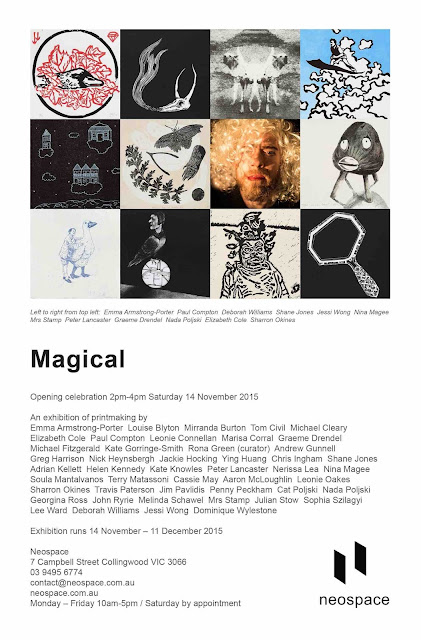 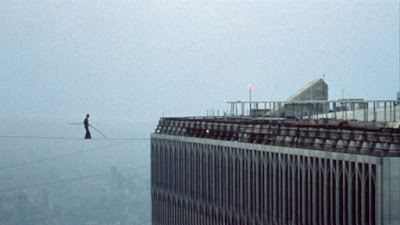