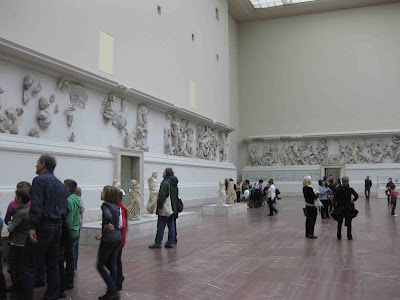 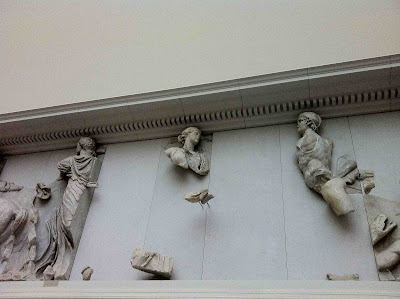 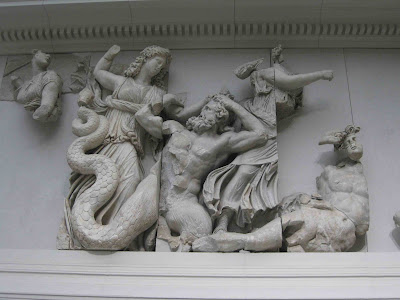 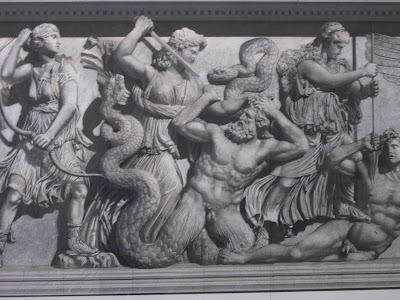 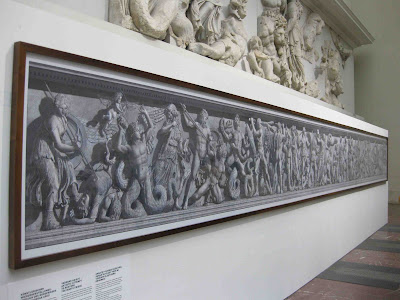 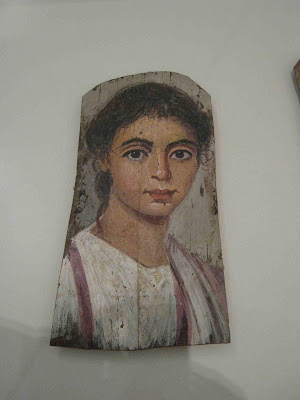 Berlin was a a great experience and very different to London. It wasn't as crowded and because of that it felt more relaxed. Of course there were many outstanding museums around the city. The Pergamon, so named because it has the 2nd Century Pergamon Altar as one of its main features (top image) was an inspiration. It's best to google it to read about its history. Obviously only fragments survive, and some of the reasons for this is that when the German archeologist, Carl Humann, began excavations in 1878, the frieze was systematically being torn down to reuse the stones for other buildings and the marble figures were being burnt to get lime! Imagine that! There is an amazing drawing under the frieze where the artist, Yadegar Asisi, imagined what the completed sculpture might look like. Here is a sculpture fragment and the drawing of it as an example (3rd and 4th from top). The entire drawing has been photographed on an angle as it was the only way I could fit it in.

I was also taken with the encaustic portraits from ancient Greece, as shown above. These were funeral images but the artists have conveyed the life of their sitters in these images, almost as a contradiction that the person has passed on. You could speak to her.