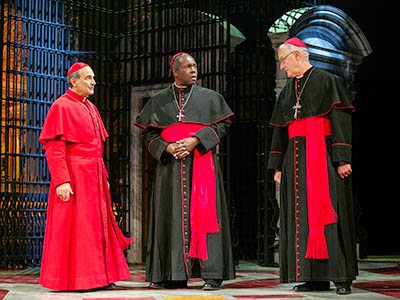 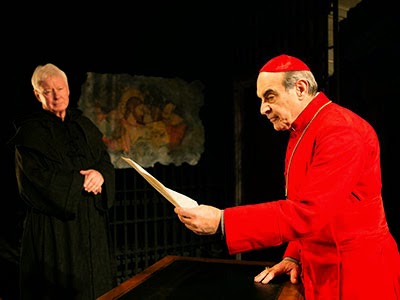 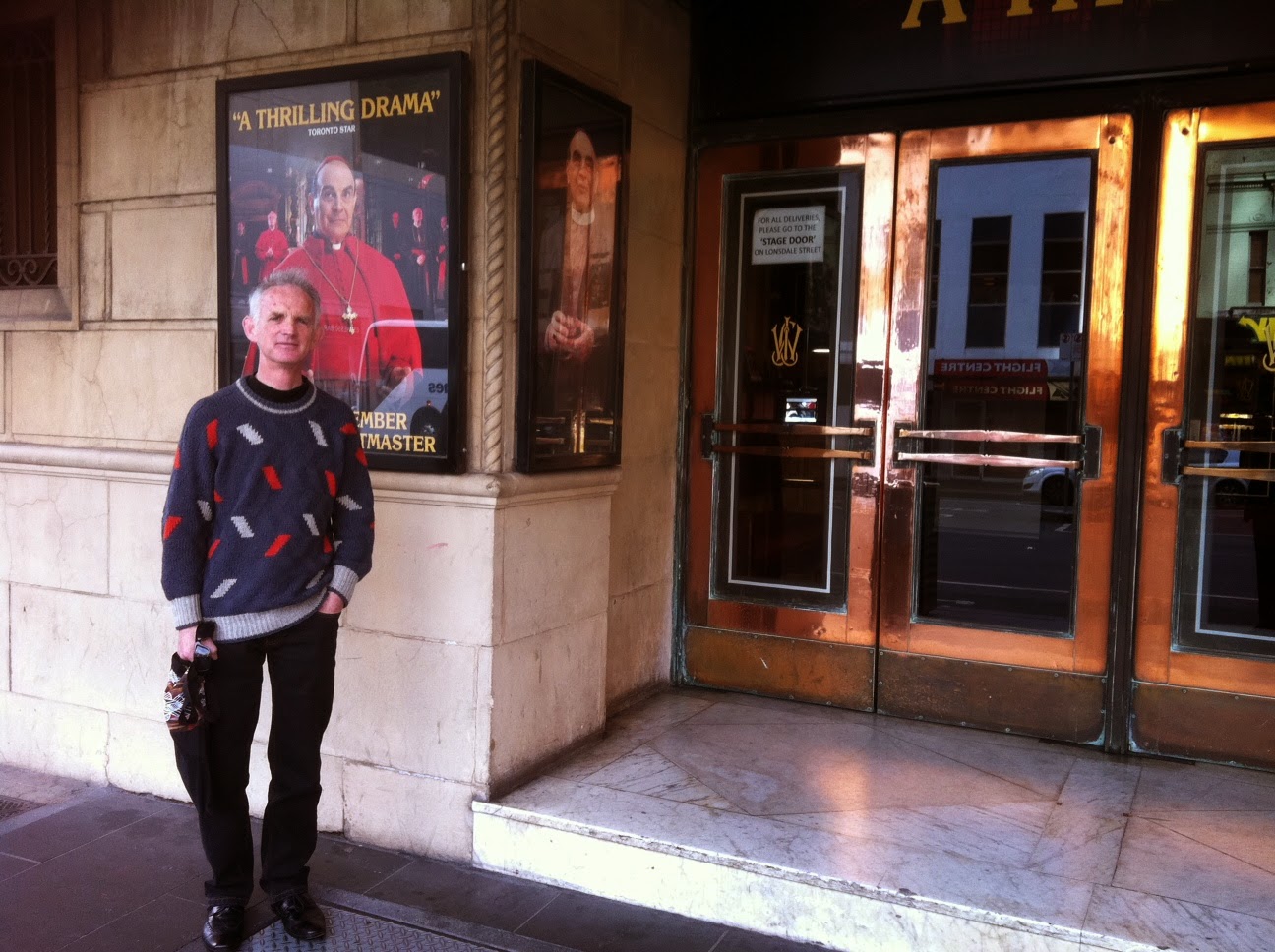 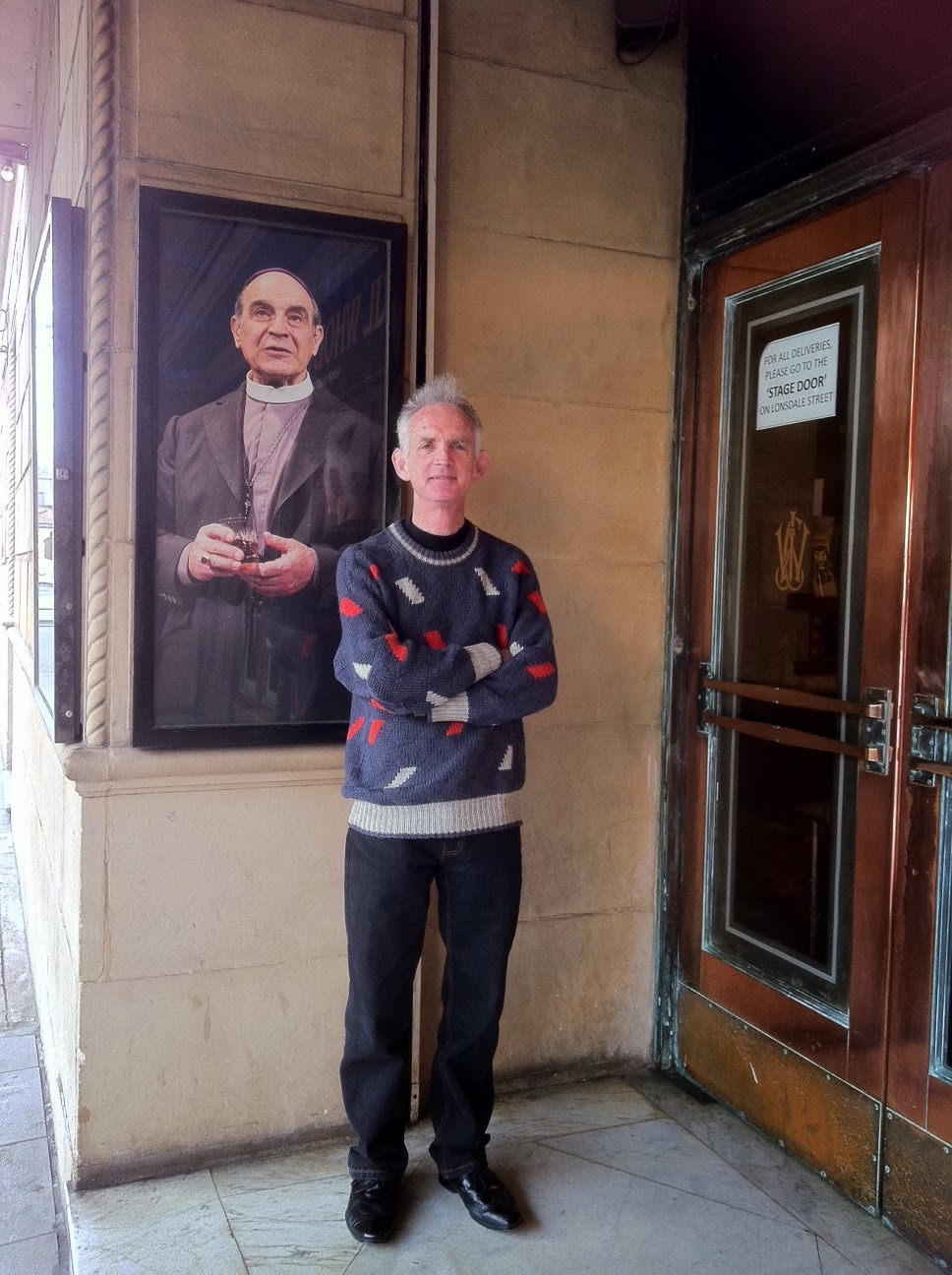 It was my birthday recently and one of my presents was that Deborah took me to see David Suchet at the Comedy Theatre in the play The Last Confession. It was about the political maneuverings amongst the Cardinals and the events leading up to the newly elected and sudden death, after only 33 days in office, of Pope John Paul 1. David Suchet played Cardinal Benelli, a friend of the deceased Pope and was suspicious that he had been murdered by the powerful Cardinals because he was transferring a number of them away from their positions. It had an international cast and the acting by all of them was of a standard that could not be surpassed. I thought it was a masterpiece of theatre. We are both fans of Agatha Christie's Poirot, portrayed brilliantly by David Suchet, and what a thrill it was to see him live on stage.

What a great present and THANKYOU Deb!