Two artists and the moon

Some of the paintings I'm doing at the moment are of moonlight and clouds, and as I was looking over the web I found these magnificent images by two great artists. The top one is by the Russian born Armenian artist Ivan Aivazovsky and the other is by Johan Christian Dahl. Dahl was a friend of Caspar David Friedrich and spent some time living in Friedrich's house. They have a similar sensibility and Dahl was one of the few people whose company Friedrich enjoyed.

These works demonstrate a sense of truth that transcends mere skill and the light and space within these works are astounding.

Many examples of Aivazovsky's works can be seen here in Gallery.

If you google Images for Rohan Dahl Paintings, a gallery of his work will be presented to you. 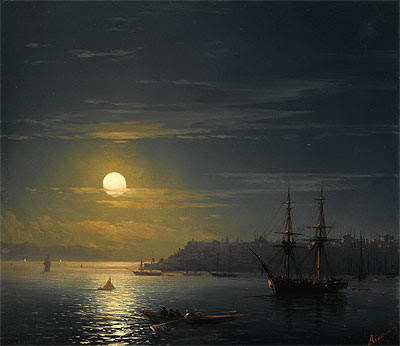 View of Constantinople by Moonlight, oil on canvas 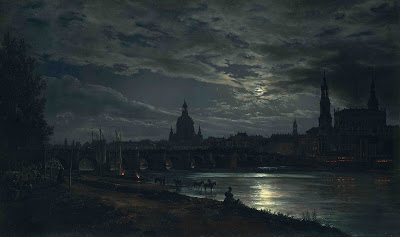 The church in the centre of the Dahl painting of Dresden is the Frauenkirche. A good friend of mine, Leigh Hobbs, sent me these photos of the church which shows its dramatic history. We see it before WW11, when it was bombed during the War, and after its restoration as it stands today. 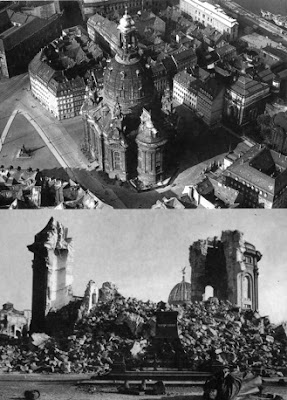 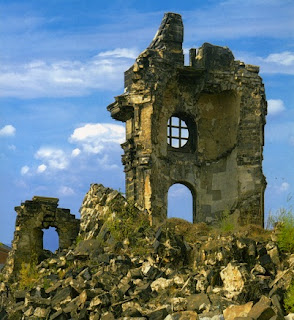 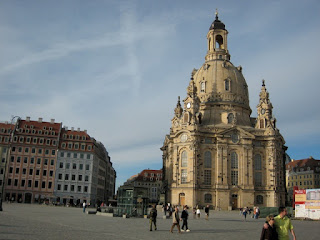