The Len FoxPainting Award 2016 at the Castlemaine Art Gallery and Historical Museum has now come to an end, and Deborah and I finally found some time to see the exhibition. Prue Flint won the art prize with her work titled Wash. The shots below will give you a good example of the selected works. My work is called City Lights and the Moon, based on a view of distant Melbourne as one descends the Pentland Hills by car.

It was a refreshing visit to the gallery because the walls have been repainted and there's been a rehang of the collection, which is fantastic. I've seen paintings that were unknown to me before as well as some of my old favourites which are on display again, so you could say the gallery is looking superb. 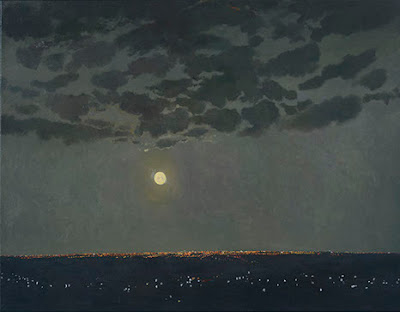 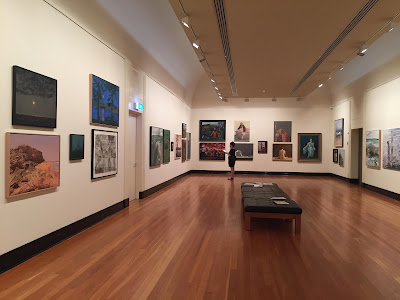 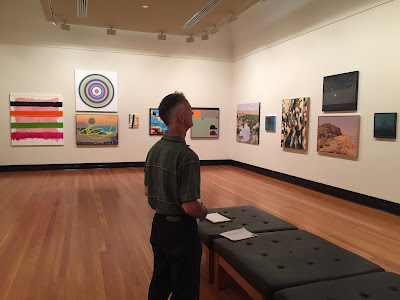 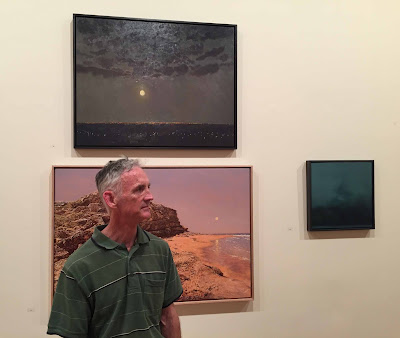 Standing under my painting. The one below is titled  Bluff and Moon, Barwon Heads by Mark Fox,
and the other to the right is by Ariane Strampp, titled First Light.
Posted by Shane Jones at 12:22 AM