Come to the Cabaret 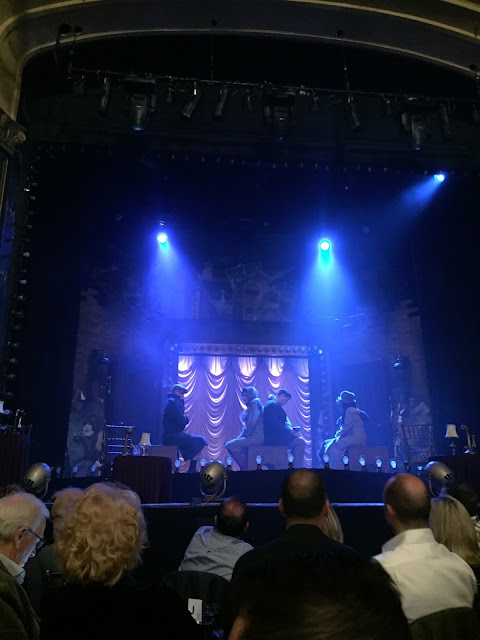 The set of Cabaret at the Athenaeum Theatre, Melbourne

Last night was a treat. Deborah Klein, Paul Compton and I saw a production of Cabaret at the Athenaeum Theatre in Melbourne. Deborah caught the atmosphere perfectly in this photograph, taken from our seats close to the action. Characters in this stage production are missing in the film, but in this performance we are seeing a truer version of its source material - Christopher Isherwood's Mr. Norris Changes Trains.

Paul Capsis played the role of Emcee and he lit up the stage with his magic, but all the performances were magnificent. Sally Bowles was played by Chelsea Gibb and she made the role her own. The mixture of faded glamour, the bizarre and prevalent seediness were perfectly realised and the songs of Kander and Ebb were at times poignant, funny or sinister. John O'May played Herr Shulz and Kate Fitzpatrick played Fraulein Schneider, both wonderful performances. I mention these actors because after the show we had a drink at the bar and most of the cast turned up too. We had a chat with Paul Capsis, Kate Fitzpatrick, John O'May and Chelsea Gibb, so that made it a double highlight for the night. 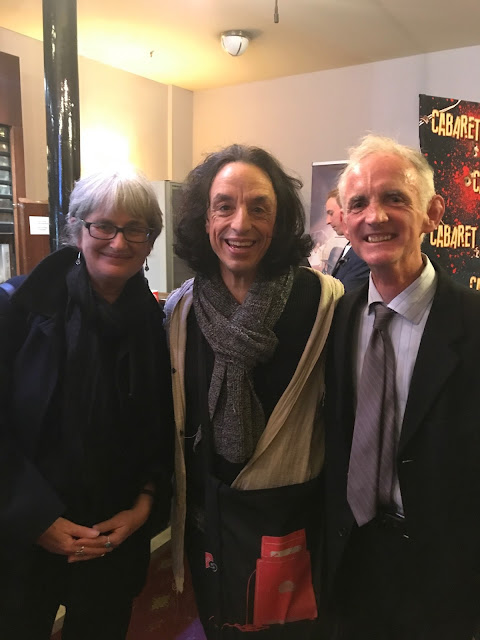 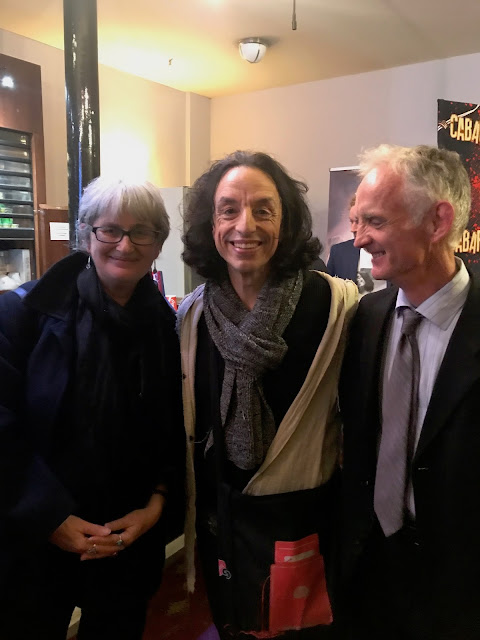 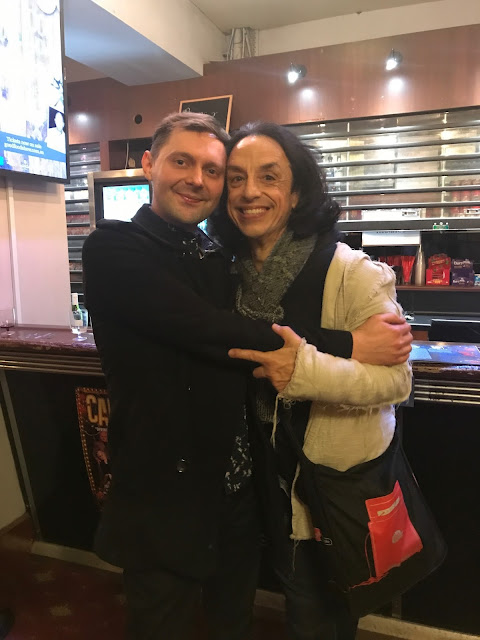 The two Pauls, Compton and Capsis
Posted by Shane Jones at 4:13 PM