Wallace and Gromit and Friends exhibition

Deborah and I saw a fantastic exhibition at ACMI the other day, titled Wallace & Gromit and Friends:  the Magic of Aardman. The history of the studio, from its beginnings to the work being produced today was both magical and informative. It's always fascinating to 'see behind the scenes'. Numerous drawings, robot puppets - pulled apart to show you how they moved, clay models, lighting techniques explained and many original miniature sets, some never seen before in exhibitions, never ceased to amaze and delight.

What was fun, but unexpected, was that at the end of the exhibition there was a set up where the public could make a 3 second animation. Plasticine was supplied to create a small figure which was then animated at 8 frames per second from an iPad supplied by ACMI. The animation was shot on an app called oSnap, with a maximum of 25 shots and then it could be emailed to oneself. The following pics show Deborah and I playing around with the modelling clay on a small set, which was really a photographic backdrop.

Deborah made a cat and I made a hand. It's a shame the app doesn't play on blogger, but what occurred was the cat jumped into the hand which turned and enclosed it and then everything fell into a blob of plasticine. We have just got a new kitten, called Alice, so she inspired the storyline as she is a very mobile feline with a lot of energy.

Both of us have always had animation at the back of our minds, so who knows, a visit to the Aardman exhibition might inspire us to look into it more. 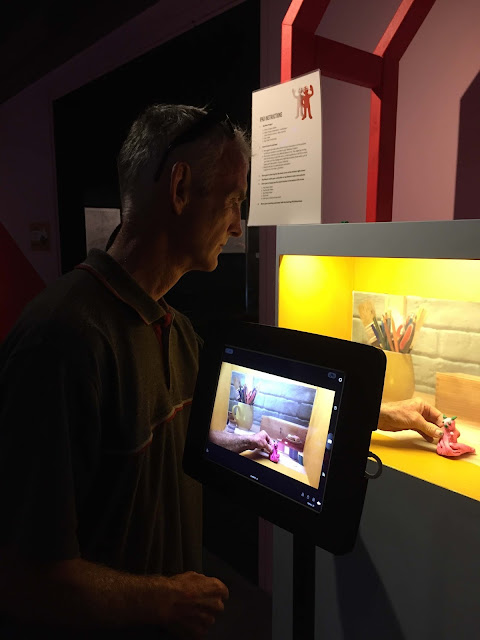 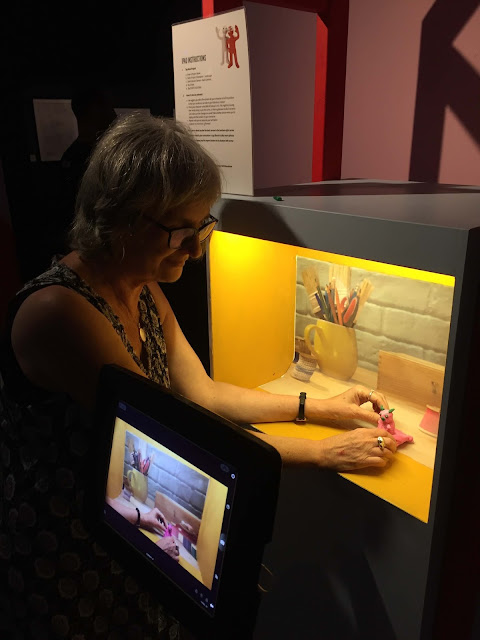 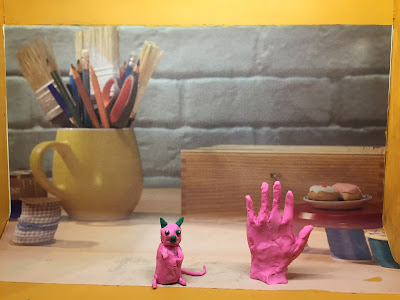 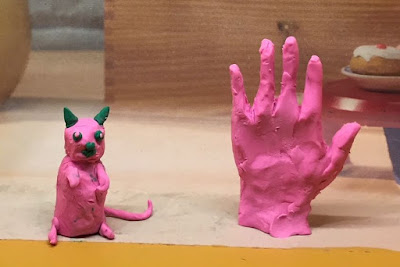