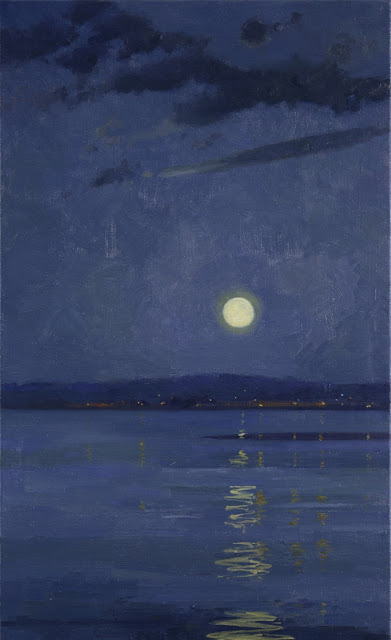 This painting is a continuation in the series where moonlight features as the main subject matter. It's a variation on my painting titled Winter Moon from the previous post. I was looking at that painting and got the idea of doing another version of it, but cut in half. A vertical format seems to reach up, which expresses the feeling of height and expansion, which a moon in the sky conveys. The vertical compositions of Arthur Streeton were also an inspiration as he in turn was inspired by Whistler. Whistler was influenced by the compositions of Japanese ukiyo-e artists, especially Utagawa Hiroshige at a time when Japanese prints made their way into Western culture after the mid-19th Centry, also known as Japonism. 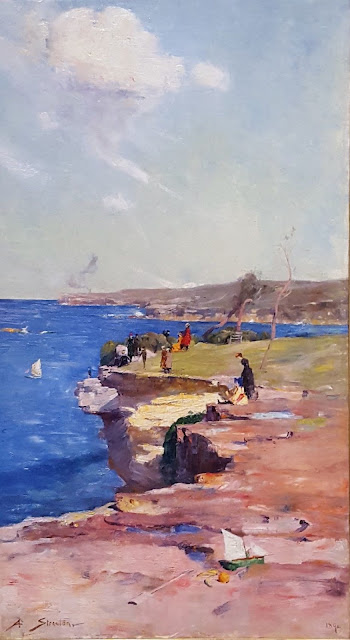 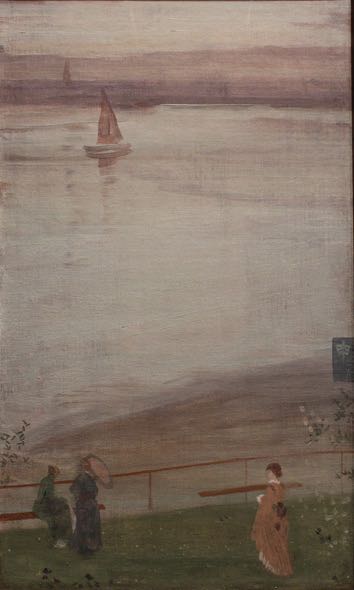 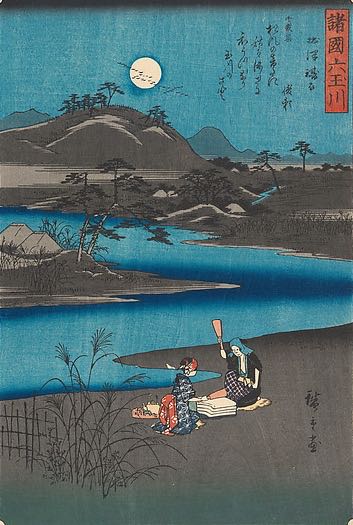 
Although I'm aiming to catch a mood rather than a location, I often visit the sight in the evening and start the painting the next morning, based on my general memory of what I saw. I find that if I just make things up too much, it looks as if the picture has lost that touch of reality which I like to get into the paintings, even though my aim is not the details of a scene.