At the State Library of Victoria

I recently had an email from Allison O'Connell, exhibitions curator at the State Library of Victoria, letting me know that my painting, Flemington Racecourse, has just gone on public display. What a thrill it is to have a work showing in the North Rotunda.

There are a number of works around the rotunda by Rick Amor, Louise Forthum, Josie Petyarre, Tony Lloyd and William Mackinnon in a selection from the library's 21st Century paintings based on the theme of Melbourne cityscapes.

The State Library of Victoria is a magnificent institution and it is indeed a privilege to have had their support over the years, and especially from Madeleine Say, with eight of my paintings now in the Library's picture collection.

The caption for the painting reads -

This painting brings together two enduring themes for the artist:
horse racing (Jones was an apprentice jockey in his youth) and the
vast expanses of sporting fields, such as football grounds and
racecourses. Of the latter, Jones writes in his art blog: 'An arena is like
a void where the mind can imagine what might happen'. In this painting,
the viewer is invited to imagine or recall their own racing scene - perhaps
prompted by the statue in the foreground of the famous Australian-trained
mare Maybe Diva, which won a historic three consecutive Melbourne Cups
at Flemington in 2003, 2004 and 2005.

The Rick Amor paintings next to my work are, Melbourne from Dundonald Ruins, Gelibrand Hill, 1996 and Across the City, 1995 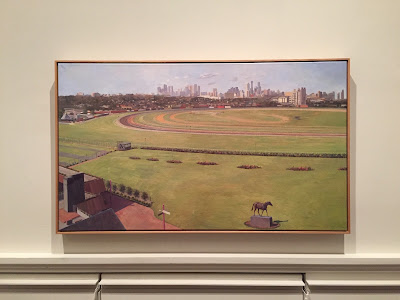 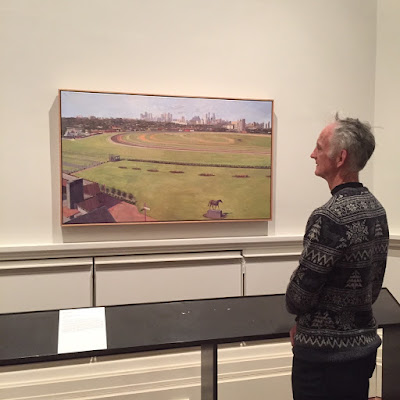 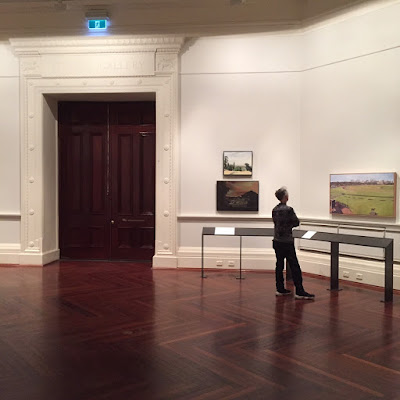 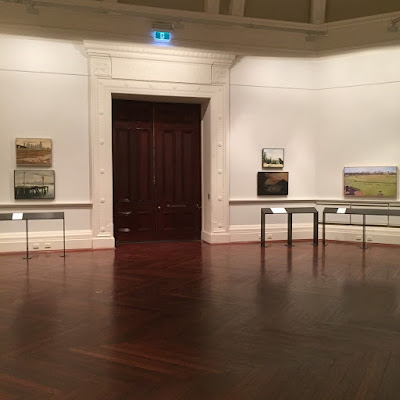 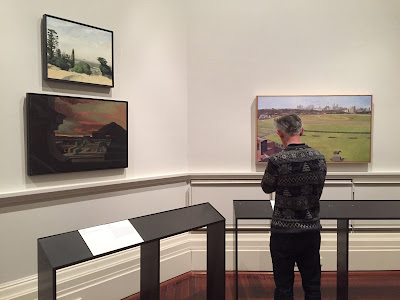