The Birth of Cinema 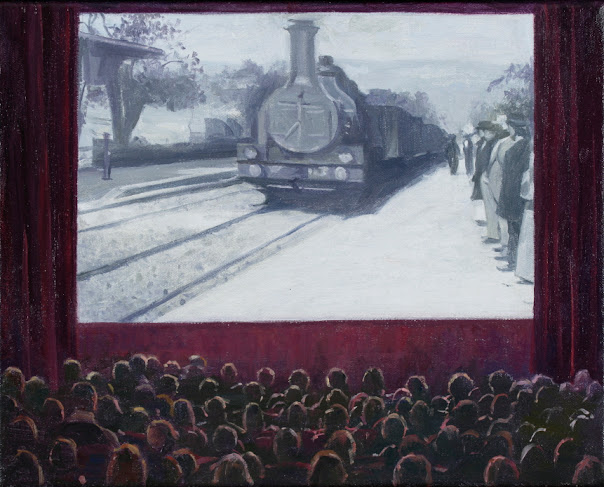 Many years ago, a great friend of mine had a part of his house converted into a cinema and it's been my good fortune to be invited to many of his screenings. Ross had an eightieth birthday recently and for a birthday present I thought it a good idea to paint a scene in a cinema. But what to put-on the screen? Eventually the idea came to me to make an image of the moving picture that is regarded as the beginning of the cinema as we know it today.

It was made by the Lumiere brothers, Auguste and Louis, in 1894 and it is known by the title L'arrivee d'un train en gare de La Ciotat ( The arrival of a train at Ciotat train station). There are 3 versions of this motion picture which are known to have existed but the original film created a new artistic medium that has developed in a way that would have astounded the Lumiere brothers. No doubt they would have been proud to know they were the spark that created film history.