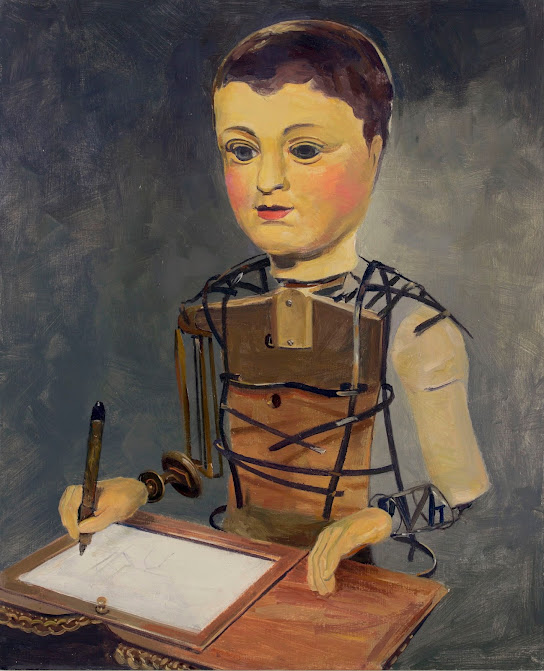 Maillardet's automaton (or Draughtsman-Writer, sometime also known as Maelzel's Juvenile Artist or Juvenile Artist) is an automaton built in London circa 1800 by a Swiss mechanician, Henri Maillardet. It is currently part of the collections at The Franklin Institute in Philadelphia.

In November 1928 the Franklin Institute received the pieces of a brass machine. It came from the descendants of John Penn Brock, a family who knew that at some time it had been able to write and draw pictures. Having been in a fire, its restoration involved a considerable amount of work. The Brock family believed that the machine had been made in France by an inventor named Maelzel. The original writing instrument, either a quill or a brush, was replaced with a stylographic fountain pen. Once repaired the automaton began to produce elaborate sketches and poems. In the border surrounding the final poem, the automaton wrote, "Ecrit par L'Automate de Maillardet", translating to "Written by the automaton of Maillardet".[1]

One of my favourite films is Martin Scorsese's HUGO. Throughout the film there appears an automaton and it actually draws a picture in one of the segments. I first thought there must be a human being outside the picture frame manipulating the arm of the automaton, but I've since learned otherwise.

Last year I did a composition course with classical guitarist, Daniel Nistico, and I've just completed my third composition titled, Maillardet's Automaton Comes to Life. I did a painting to accompany the score and some of the details of the music notation are here. 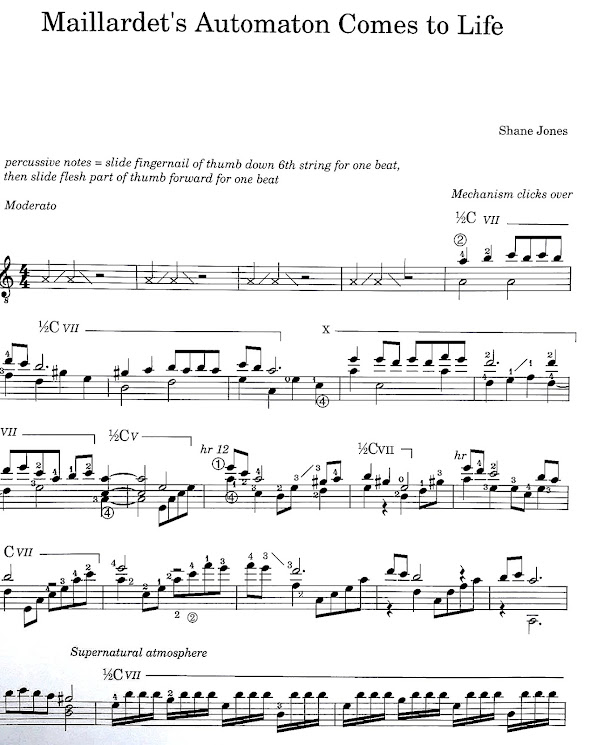 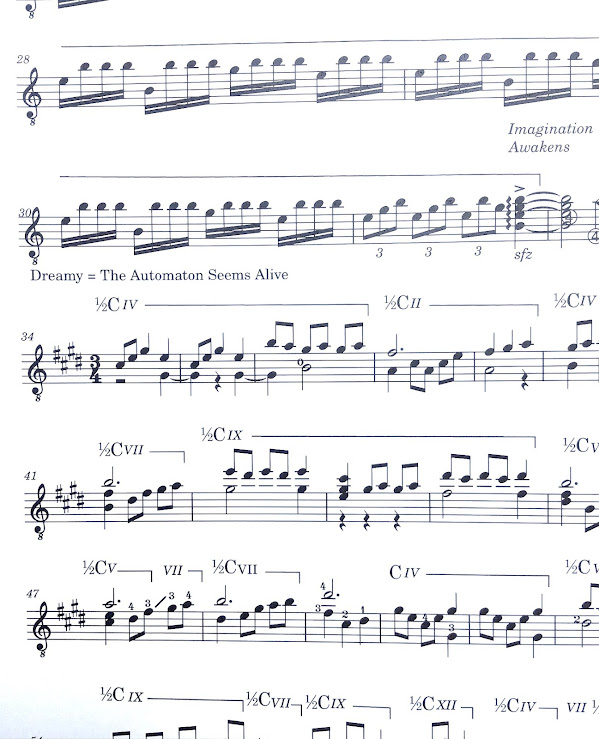